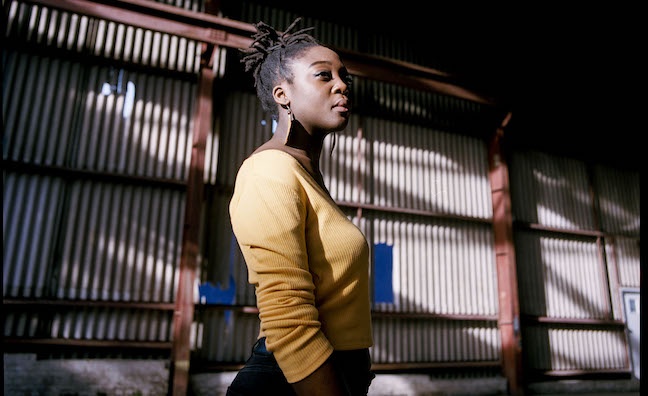 The EFG London Jazz Festival has unveiled plans for its 2020 edition on November 13-22.

Because of the Covid-19 pandemic, the festival will blend live music and digital streams in a wide-ranging programme in 25 venues. Promoter Serious has 100 live shows confirmed in 10 days and 50 livestreams.

All the performances will be socially distanced, in line with government guidelines.

“In this unprecedented year, we've managed to transform the challenges into a positive motivation,” said Pelin Opcin, director of the EFG London Jazz Festival. “Inspired by the creative response of artists, musicians and the scene in general, we’ve worked together to make the festival happen and can’t wait to share the buzzing music of the UK, alongside unique performances by international artists with a global audience.”

Jazz FM featured a three-hour aftershow last night once the festival was announced, hosted by Helen Mayhew and China Moses.

Producer and multi-instrumentalist Tenderlonious will lead a showcase of material from his record label, 22a, at Shoreditch Town Hall with music from and collaborations between Ruby Rushton, Nick Walters, his Tubby Hayes tribute The Piccolo and a DJ set from Dennis Ayler.

Church of Sound returns to the festival with Nathaniel Facey, Shirley Tetteh and Moses Boyd, joining up with Tomorrow’s Warriors’ young musicians, led by Gary Crosby, in celebration of Charlie Parker’s Songbook on his 100th birthday.

Performances at the Barbican include Cassie Kinoshi’s Seed Ensemble (pictured), celebrating the music of Pharoah Sanders who turns 80 this year, and a new collaboration with Shabaka Hutchings and Britten Sinfonia.

At Kings Place there is an extensive programme of music from the heart of the UK jazz scene, including Mercury-nominated quartet Dinosaur, composer Matt Calvert, Jason Yarde and the Acoutastic Bombastic ensemble, the “psychedelic Arabic jazz” of composer/trumpeter Yazz Ahmed, Ill Considered and award-winning saxophonist Binker Golding.

Other major venues, including Ronnie Scott’s, will be announcing further live programming over the next month.

On Zoom, writer and broadcaster Kevin Le Gendre will present livestream sessions, Article 10: Conversations in the era of Black Lives Matter, where he is joined by six special guests for a series of conversations on race, racism and the need for change within the music industry.

The festival continues its close relationship with Chicago’s label International Anthem, who will be presenting a new sound and movement piece by trumpeter Ben Lamar Gay, as well as a performance by free jazz and spoken word collective Irreversible Entanglements.

In terms of broadcast support, Jazz 625 returns to BBC Four on November 20, celebrating the UK jazz boom with a sensational line-up featuring Sons Of Kemet, Matthew Halsall, Sarathy Korwar, Moses Boyd and Exodus, with more artists still to be added.

BBC Four will also host the final of the BBC Young Jazz Musician of the Year competition. Many of the festival’s concerts will be broadcast on BBC Radio 3, including a performance by cellist Abel Selaocoe and the BBC Concert Orchestra, recorded from the Royal Festival Hall.