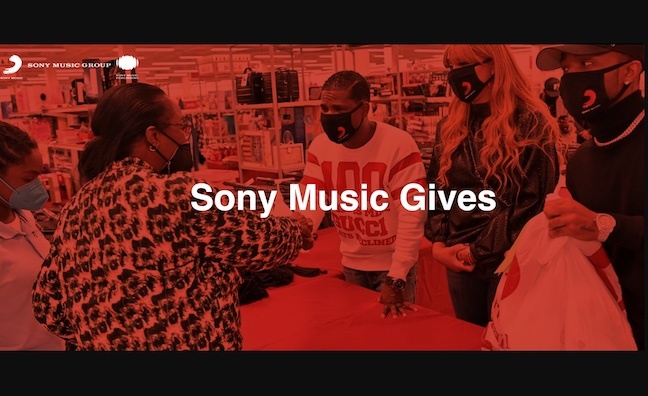 Sony Music Group has partnered with its artists and songwriters to support local communities.

The major has launched its Season Of Giving programme to support global organisations dedicated to providing aid for those facing food insecurity, homelessness and refugee support, as well as music industry relief and educational programmes for communities impacted by the pandemic.

In the UK, Sony Music Group is supporting The Trussell Trust, which supports a network of food banks.

Towalame Austin, executive vice president, philanthropy and social impact, Sony Music Group, said: “Globally, SMG is committed to supporting local communities throughout the year. For the holiday season, we wanted to bring extra support and relief aid to those in need and dedicate our efforts to more than three million people worldwide. We’re grateful to our artists and international partner organisations who work on-the-ground to provide direct assistance to their neighbours.”

Around the world, 30 global beneficiaries of this year’s campaign include: