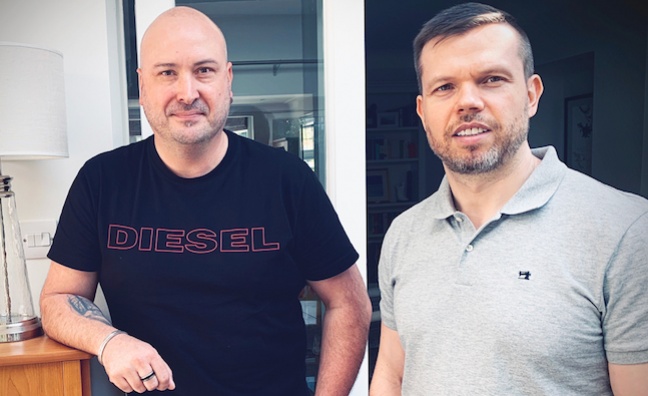 BMG Production Music provides one-stop, pre-cleared and custom production music services to the global broadcast, film/trailer, games and advertising industries. It is a separate unit within BMG and is operational in seven countries following a series of acquisitions, including AXS Production Music (France), Immediate Music (US), Big Bang & Fuzz (Australia), Deep East Music (UK) and Telemusic (France). Last year it combined all its operations under a new BMGPM brand identity and launched its own custom music unit, Altitude Custom.

The appointment follows a strong set of results issued by BMG last week.

Pounder is a 15-year veteran of Sony/ATV Music Publishing’s Extreme Music, where he has most recently served as EVP as well as CFO of Bleeding Fingers Music, a joint venture between Sony/ATV and Hans Zimmer. He was responsible for all Extreme’s international offices and the division’s worldwide commercial operations. He has chaired the PRS/MCPS Production Music Advisory Group and served as a member of the PRS Licensing Committee.

The foundations have been laid to create a truly world class, industry leading company

Dressendoerfer said: “I am delighted that Dan is joining BMG to run the global Production Music segment alongside John Clifford. Dan and John possess very complementary skillsets and I’m convinced that together, they will form a very powerful team.”

Katovsky added: “Our primary focus right across BMG is on delivering excellent service to our clients and creators and BMGPM is no different. Our modern operational, technology and data capabilities play a critical role in this and we continue to make significant financial investment in them. Dan’s skills and experience will be a significant boost to our ability to deliver this client promise.”

Pounder said: “I am excited to join BMG Production Music to drive the business forward as it focuses on strong organic growth, service excellence and strategic investments. The foundations have been laid to create a truly world class, industry leading company and I am looking forward to delivering future success.”

Clifford said: “I have always admired Dan’s knowledge and commercial acumen – his reputation in our business is first-class. Together I am confident we can take this business to new heights.”