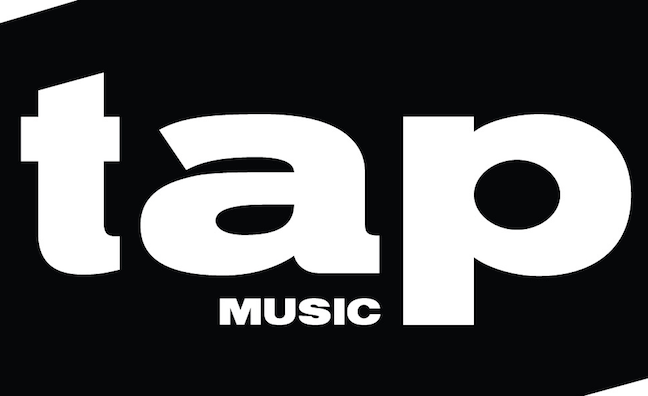 Tap Management has had a run of success with artists including Dua Lipa and Lana Del Rey. A year after announcing its label ambitions, it has officially rebranded as Tap Music, an umbrella group offering client services across Tap Records and Tap Publishing, while continuing to expand the management business.

“Tap as a management company is renowned for delivering a really cohesive artist proposition,” Hannah Neaves, head of global marketing and artist development, told Music Week. “The whole ethos of Tap is having this added value and being very self-sufficient. We now have a global team and dedicated in-house expertise and marketing in the US.”

Tap Music has also announced two new hires. Wendy Ong joins as head of marketing in the US from Roc Nation, where she held the same role and spearheaded campaigns for Rihanna, Jay-Z and Mariah Carey. Prior to Roc Nation, Ong was VP, marketing at Interscope as well as Capitol Records.

Chris Woo joins as senior A&R across Tap Records and Tap Publishing, as well as overseeing Tap’s writer/producer roster with LA-based René Symonds. Previously, Woo spent 11 years at AAM, where he was instrumental in building their UK roster. He has been involved in global hits including Tap artist Dua Lipa’s New Rules and Zayn Malik’s Pillowtalk.

Ben Mawson, co-founder of Tap Music, said: “We’re really excited about Wendy and Chris joining Tap Music. Having such a broad range of expertise in-house really sets us apart from other management companies globally and adds real value to our artists’ careers.”

“Wendy has a wealth of experience running global campaigns,” added Neaves. “Chris is exceptional, really good with artists and has had a lot of success.”

Ellie Goulding, who joined the Tap Management roster six months ago, has released her new single, Close to Me, a collaboration with Diplo ft. Swae Lee. Her fourth studio album is set for release through Polydor in early 2019.

Neaves, a former Polydor executive, is already familiar with Goulding. “She is definitely a growing artist,” she said. “We have so much ambition and excitement for her. She’s written an incredible album.”

We have so much ambition and excitement for Ellie, she’s written an incredible album

Ed Millett, co-founder, added: “We’re extremely happy to be working with Ellie and to have this opportunity to build on her fantastic career to date. It’s a really exciting time for the company and we’re looking forward to announcing more new signings in the coming months.”

Aloe Blacc is a new addition to the Tap Management roster. He is set to release his Christmas Funk album in November, following a headline appearance at The Invictus Games closing Ceremony in Sydney.

The label has signed UK R&B artist Col3trane in partnership with Geffen and LA duo Moby Rich. Tap has formed a JV with Universal Music that enables the company to partner with any UMG label and develop artists as priorities outside the major label system.

“It takes so long to break an artist and it is very tempting, if you’re caught under pressure, to make the wrong decision or go in the wrong direction,” said Neaves. “I think we’re really lucky that we’re small enough that we don’t need to do that and we can remain true to the artist.”

She added that the streaming environment had facilitated Tap’s global ambitions.

“Definitely - the traditional gatekeepers still exist but they are not as powerful,” she said. “There is a bit more of a level playing field and we have great relationships with all of our partners, so we can launch an artist from scratch without needing a major label.”

An expanded, ‘complete’ edition of Dua Lipa’s self-titled debut has been released for Q4, while the BRIT-winning singer works on a follow-up.

“She works very very hard,” said Neaves. “The ambition for her is enormous. The next album is kind of exciting and terrifying at the same time. She has built up to this huge level now and everyone is watching.”

Tap was founded in 2010 by Mawson and Millett. It has since expanded to over 30 people across offices in London, LA, Berlin and Sydney.

“She is the reason Tap exists,” said Neaves of Del Rey, whose new album is expected next year.