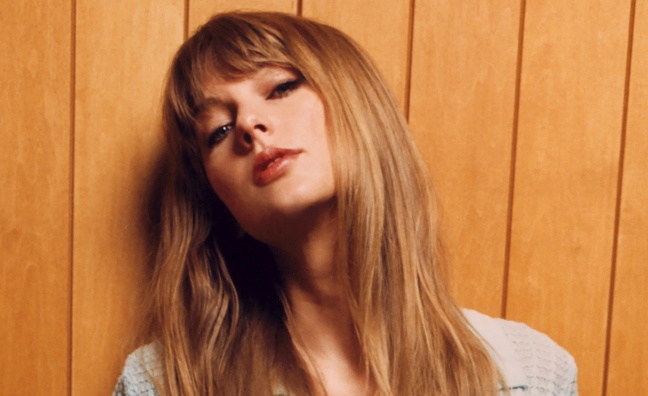 Swift’s LP has been a global phenomenon both on streaming and in terms of physical music sales since its release eight weeks ago.

In an update from Universal Music Group, the major hailed the performance of Swift’s 10th studio album, which broke records in October. The LP was released by Republic and EMI in the UK.

Midnights is now in the running to return to No.1 in the UK this week as it continues to stream heavily, as well as being a popular gifting purchase for Christmas.

The album opened with the biggest weekly UK sales since Adele’s 30. It has so far spent two weeks at No.1 and been a consistent Top 3 presence, while the single Anti-Hero was at the summit for six consecutive weeks.

Of those six million album equivalent units worldwide, three million were in the US alone. Taylor Swift is the only artist ever to have five albums with over one million units during release week in the US. The blockbuster release moved almost 1.6m during its opening week. Midnights is the first album to sell over one million physical albums since 2015.

The eleven-time Grammy winner broke streaming, physical and vinyl album sales milestones around the world as Midnights became the fastest-selling album of her career. Swift became the first artist in history to capture the entire Top 10 on the US Hot 100. UK chart rules prevent such an achievement, otherwise she would have had eight tracks out of the Top 10 singles in that opening week for Midnights.

Taylor Swift has 36.6 billion combined streams of her music and 22.4 million album-equivalent units across all platforms in 2022 (up to December 15).

Sir Lucian Grainge, Universal Music Group Chairman & CEO, said: “Taylor is a multi-dimensional creative force whose achievements place her among the most accomplished artists in the history of music, and we are thrilled and honoured to partner with her across so many aspects of her career.”

Monte Lipman, Republic Records founder & CEO, said: “Taylor’s achievements over the past year have been absolutely spectacular! With more than two dozen historic milestones set by Midnights, it’s nearly unimaginable for any artist to sell more than six million albums in less than eight weeks during any era of our business. These accomplishments further exemplify Taylor’s prowess as the consummate artist and storyteller defining a generation.”

Over the course of the year, Swift earned multiple awards, including six American Music Awards, three People’s Choice Awards, The NSAI Nashville Songwriter Award for Songwriter of the Decade, three MTV Video Music Awards and four MTV EMAs, among others.

Swift has also been nominated for four Grammys, although Midnights was released after the eligibility period.