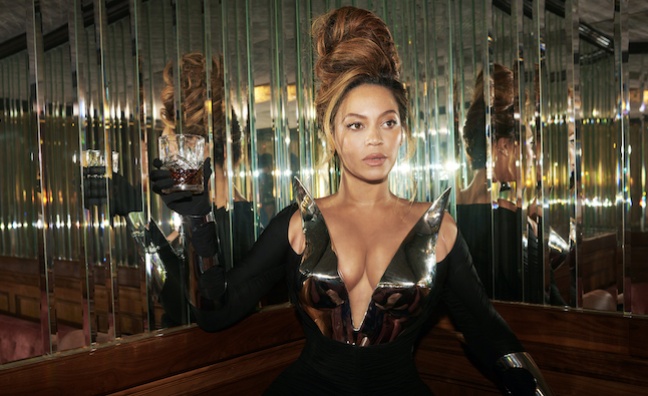 Beyoncé leads the 2023 Grammy nominations - the superstar is in the running with nine nominations. It follows the success of her Renaissance campaign, including two consecutive weeks at No.1 in the UK and No.1 in the US.

The nine nods for Beyoncé means that she is now tied with her husband Jay-Z with a total of 88 nominations, ahead of Sir Paul McCartney and Quincy Jones.

Kendrick Lamar is on eight nominations for the 65th Grammy Awards, which takes place on Sunday, February 5 at LA’s Crypto.com Arena.

Both Adele and Harry Styles are in the running for the big three categories - Record Of The Year, Album Of The Year and Song Of The Year. Both UK artists have enjoyed global success with respective albums 30 and Harry’s House, as well as lead singles Easy On Me and As It Was.

As well as Beyoncé and Kendrick Lamar, Adele and Styles will face competition in each of those three categories from Lizzo.

Wet Leg are up for Best New Artist along with acts including Anitta, Maneskin and Molly Tuttle. The Isle Of Wight duo are also in contention for Best Alternative Music Performance (Chaise Longue), Best Alternative Music Album (Wet Leg) and Best Engineered Album Non-Classical. Their track Too Late Now earns a nod for Soulwax in the Best Remixed Recording category.

Coldplay are nominated in the Album Of The Year category for Music Of The Spheres. It’s one of three nods for the British band.

ABBA have their first ever Album Of The Year nomination - for comeback LP Voyage - among their four nods.

Ozzy Osbourne secured four nominations in the rock categories, including Best Rock Album for Patient No.9. Idles are in the same category with Crawler, along with Elvis Costello & The Imposters (The Boy Named If). Idles are also up for Best Rock Performance for Crawl!

In the Best Metal Performance category, Muse (Kill Or Be Killed) go up against Osbourne, Ghost, Megadeth and Turnstile.

Arctic Monkeys have a nod for There’d Better Be A Mirrorball (Best Alternative Music Performance), alongside fellow UK act Florence + The Machine (King). They are each up against Wet Leg, Big Thief and Yeah Yeah Yeahs.

"Celebrating the miracle of music is at the core of everything we do at the Recording Academy and today we are proud and honoured to celebrate music's power to lift people up and to bring them together," said Harvey Mason Jr, CEO of the Recording Academy. "I'm energised by this year's slate of nominees and how each of them uses their craft to inspire us, and to remind us that music is our universal language. Each of these deserving nominees has helped to provide the world with an incredible soundtrack and is a true testament to how vibrant our entire music community truly is."

Ed Sheeran’s =, the biggest-selling album of the 2020s in the UK, has been overlooked at the Grammys. Sheeran is nominated in the Best Pop Duo/Group Performance for Camila Cabello collaboration Bam Bam. He will be competing with fellow UK artists Coldplay (BTS collaboration My Universe) and Sam Smith (Kim Petras collaboration Unholy) in that category.

Artists including Drake, The Weeknd and Silk Sonic declined to submit albums for consideration by the Grammy voters. Taylor Swift is nominated for her re-recording of All Too Well, but her Midnights album was released outside of the eligibility period.

The final round of voting on the nominations will take place from December 14 to January 4.