'Harry's a full-blown force': Tyler Johnson on the making of As It Was 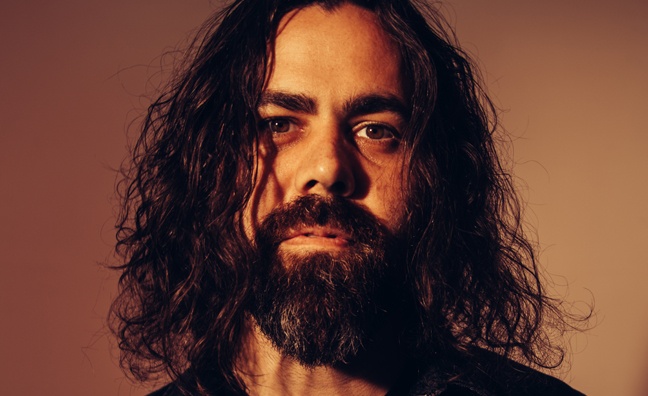 Songwriter and producer Tyler Johnson has told Music Week that the success of As It Was represents the strength of the relationship between Harry Styles and his collaborators.

Johnson, who is signed to Pulse Music Group, was speaking to Music Week for our latest edition of Hitmakers, in which he told the story of As It Was, which was written by Styles, Johnson and Kid Harpoon (real name Tom Hull). Hull won our Songwriter Of The Year Award in 2020 and told the story of Watermelon Sugar in a previous edition of Hitmakers.

Styles has been working with Johnson and Hull since his self-titled first album, which hit No.1 in 2017. Johnson worked across that record, while Hull co-wrote Two Ghosts before contributing more significantly to Fine Line. The trio worked on the bulk of this year’s Harry’s House (369,734 sales) together, and Johnson said their closeness helped contribute to the album’s record-breaking performance.

“There’s something very fluid about the song as a representation of the three of us having made records together for almost six years,” said Johnson. “As It Was shows us – and the whole album represents this – in a really good zone where we’re just doing our thing. There’s a lot of trust between us.”

Speaking further about the evolution of his relationship with Styles, Johnson described Styles as “fearless”.

“Harry really allows Tom and me to have a voice in the music and in that way, it’s reflective of being a band,” he said. “He’s very, very intelligent and he fully gets album making. Our fearless leader was truly confident and that mattered for all of the people around him. It’s a very real thing when somebody who is the figurehead of a creative process feels confident in what they want and knows what they’re doing, it makes everyone involved feel free and do their little bit to make it right. Now, he’s just a full-blown force.”

Mitch Rowland, guitarist in Styles’ live band, has also contributed to all three of Styles’ albums, and Johnson noted that his playing on As It Was helped add the finishing touches to the song.

“Really, the record was about where it’s at now after three or four days,” he said. “It didn’t go through a lot of [changes], there was never anything drastic. I had a guitarist friend, Doug Showalter, add electric guitars and some transition sounds. Then we got the tubular bells – Harry’s idea – and I’ve got a video of him playing those. We then had Mitch come in to do some live drums and we chopped those up for the ending to give it a more bombastic feeling.”

As It Was was the product of writing sessions at Sony Music Group CEO Rob Stringer’s house, where the trio holed up for a time during the pandemic.

Harry is very, very intelligent and he fully gets album making

“Harry was sitting on the Moog One and I liked what he was playing, so I sat down and played as he started to write the melodies and the lyrics,” Johnson said. “I said to Harry, ‘We need a lead line’ and he just came up right away with the ‘Dah, dah, dah...’ part. He didn’t hesitate. Then he started writing the second verse and referring to himself in the third person. So much of this song just came from Harry’s heart. And then Tom, with this magical sense of hooks that he has, came up with the idea of doing, ‘You know it’s not the same…’ after the chorus, which I was very impressed with. That turned out to be a very smart move.”

They were working in the living room at the house, with Styles, Johnson and Hull working with engineer Jeremy Hatcher.

“It’s definitely the most British lifestyle I’ve ever lived,” said Johnson. “We had a lady there that helped us prepare food and she would make delicious treats and Sunday brunch. Getting away for a second and getting that space allowed us to get into a new side [of ourselves].”

Johnson explained that Styles’ vision for As It Was immediately clear.

“It’s got such a mellowness to it and it doesn’t really go for any big moments,” he said. “Harry had the vision for it to be the lead single. I’m very impressed at how he saw that it was what his audience wanted, and also people in general – it’s not just his fans who have taken to the song. When it came out on Spotify and I pressed play I got a good feeling in my stomach like, ‘I like that people are hearing this song.’”

“I got to see the video with the rest of the world, I’ll be honest, I didn’t know he could dance like that!” he said. “It’s a continuation of him being one of a kind and providing an experience for his fans that is unique, fun and engaging.”

Meanwhile, Pulse Music Group CEO Scott Cutler was effusive in his praise of As It Was.

"Tyler and Harry have had a lot of hits together, but this song really stands on its own as one of the very best songs written," he told Music Week. "I played it at least a hundred times in a row when I heard it and was truly moved."

Read the full interview in the new edition of Music Week. Subscribers can read it online here.