These are the scores you are looking for: Inside Disney's plans for the Star Wars catalogue 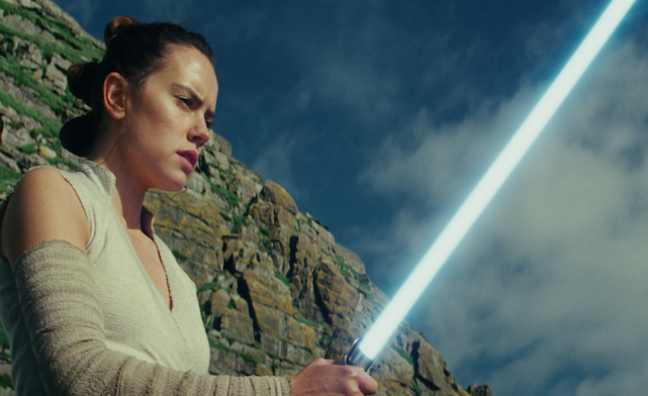 In the new issue of Music Week, we take a very special look at the world of film soundtracks. And, when it came to outselling some of the biz’s biggest artists this year, it turns out nothing came close to the widespread appeal of blockbuster movie scores.

Easily winning the soundtrack crown this year was Walt Disney – scooping the two best-selling soundtracks of 2017 with Moana and Guardians Of The Galaxy Awesome Mix Vol 2. On top of that, last Thursday (Dec 14) saw the release of Star Wars: The Last Jedi and with it comes a brand new score from the legendary John Williams.

Of course, the success of numerous Star Wars soundtracks can first and foremost be traced to the emotional connection established between story and audience. As Richard Hinkley, co-managing director at UMC, told Music Week, these are, “movies and music that are embedded in many people’s DNA”. Yet in 2017, even these long-established soundtracks are broadcasting new changes in consumption…

“What we can see with streaming is the way in which people listen to them in different contexts: as complete albums, as John Williams compositions, as classic movie themes,” observes Hinkley. “It’s creating new and diverse opportunities for score tracks.”

“Spotify has created its own Star Wars playlist which is great for fans,” adds Ritch Sibthorpe, managing director, music, The Walt Disney Company EMEA. “For classic Disney music, our global Disney Hits playlist has 1.3 million followers and is constantly evolving based on song performance data.”

The original Star Wars film celebrated its 40th anniversary this year and Hinkley hinted that there are big plans ahead.

“Now that all the Star Wars soundtracks sit together on one label we’re making the most of the opportunity, with plans across the entire catalogue of Star Wars soundtracks, plus something very special that we can’t talk about just yet for fans of the first movie,” Hinkley teased.

You can hear part of John Williams' score for Star Wars: The Last Jedi below