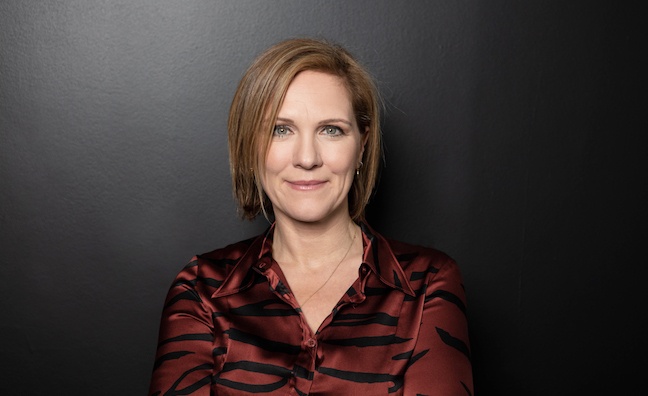 Her new post also includes operational management of The Firepit, Warner Music UK’s in-house creative and production company, which has been run by Chris Bovill and John Allison since 2017. The duo, who brought Shepherd into Warner, have made the decision to leave the business to write scripted entertainment.

Shepherd has over two decades of experience in developing, producing, and marketing award-winning short and long-form programming through roles with Ridley Scott Creative Group, Noah Media, and Sunshine Group in the UK, and Fullscreen, Shine America, XIX Entertainment and BBC Worldwide in the US.

Based in London, Shepherd will help lead Warner’s efforts to build out its slate of content, overseeing development of IP and documentary features, original series and branded content.

In addition to working closely with artists and labels, Shepherd will collaborate with Warner Music Group’s growing global network of content specialists, including Uproxx.

“Artists and songs have amazing stories to tell and to inspire, and we’re bringing those stories to life through compelling, immersive visual experiences,” said Breeden. “We’re living in a visual culture, and Kate’s boundless enthusiasm, musical sensibility, and business savvy make her the perfect person to take our creative mission to the next level.”

He added: “Over the past couple of years, Chris and John have built up our in-house expertise and capabilities, and they’ve been tremendous champions for the power of content and creativity across our business. They’ll no doubt remain a part of Warner’s extended family of great talent, and we wish them nothing but the best as they approach this next chapter.”

“I’m impressed by Warner’s commitment to putting content at the centre of their artist development philosophy,” said Shepherd. “To connect artists with their fans in the most complete and impactful way, we need to engage eyeballs as well as ears. I’m looking forward to working across every possible format and platform to open up new opportunities for Warner’s incredible talent and its culture-shifting music.”

In announcing their departure from Warner, Bovill and Allison said: “We’re proud to have established a dynamic new entertainment studio within such an iconic company. However, when you spend time working with some of the world’s most creative artists you get inspired to be a bit rock & roll yourself. So, we’re leaving to pursue a lifelong goal.

“Having had the privilege of working in advertising, broadcast, branding, content, production, and now music and long form content, we can see that it really is a brave new world out there for creative people if you’re willing to get out of your lanes. So, we’re doing just that. We’re off to finally bring all of our skills together and leap into the world of scripted entertainment. It’s been a wild ride in the music industry, and we thank everyone at Warner and wish Kate all the best.”

During their tenure at Warner, the duo have developed a number of premium formats and IP for major global platforms, launched a performance music channel, created branded content, and overseen a number of features, including the forthcoming Liam Gallagher documentary, As It Was.