AIF warns of 'festival wasteland' in 2021 without government support 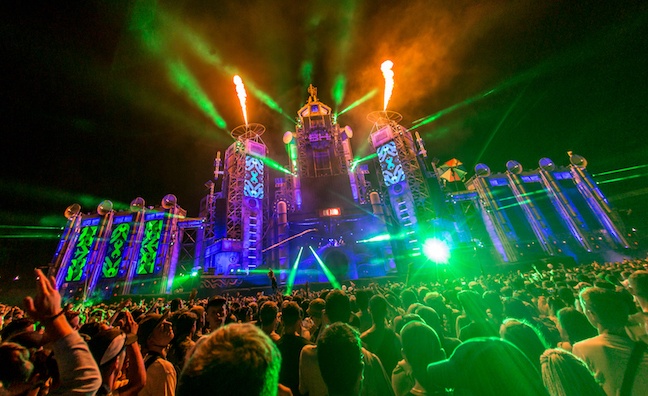 The Association of Independent Festivals (AIF) has warned that the UK could face an independent festival wasteland in 2021 and beyond, if government action is not taken to support the sector.

The festival sector at large could be facing potential refunds of up to £800 million in total this summer. It is predicted that at least 90% of all UK festivals will not take place this calendar year.

The AIF’s warning follows the confirmation that Festival Republic has pulled this year’s edition of Reading & Leeds Festival as a result of Covid-19. All bar a handful of 2020's major UK festivals have now followed Glastonbury in being cancelled.

AIF members have average ‘sunk costs’ of £375,000 that are not recoupable, with 98.5% not covered by insurance for cancellation related to Covid-19.

Based on impact surveys, 92% of AIF festival organisers have said that their firms are at risk without government intervention, with the effects of Covid-19 likely to result in businesses collapsing under refund requests.

A recent member survey has also revealed that the sector could be facing redundancies of 59% on average and will lose over half of its workforce between September 2020 and February 2021 without support.

AIF has lobbied the UK government through DCMS on a range of issues related to the current crisis, including clarity on eligibility for grants and loans, and rolling premises licence fees over to 2021 for events that do not take place this year.

The government has now issued advice on the easing of the lockdown in the months ahead. UK Music has called for a music industry taskforce.

With July earmarked as the first possible point at which the hospitality sector could return, live music events are effectively ruled out for the summer.

AIF is calling for a continuation of all employment (furloughing and self-employed) schemes in their original form and business support packages until the festival industry can get to the planning and sales stage of 2021 events. It also urges clear guidance about when festivals will be able to operate, as well as any social distancing measures that would be expected in order to maintain public safety.

AIF CEO Paul Reed said: “While the government has been receptive to AIF’s counsel, it has not taken meaningful action to protect our sector. Single event festival companies are seasonal businesses. They need urgent support now and ongoing support after lockdown ends and restrictions are eased. This is not a temporary shutdown of business – it is an entire year of income and trade wiped out. If support is not offered throughout the autumn, then the sector will face widespread job losses that will seriously inhibit its ability to deliver events in 2021.

“There is no safety net for independent festivals, many of which have fallen between the cracks of current government support measures such as loans and grants. For example, zero percent of AIF members have been able to successfully access the Coronavirus Business Interruption Loans Scheme.

He added: “UK festivals are not only an intrinsic, defining part of British culture but also an economic powerhouse that generates hundreds of millions for the economy - we urge government to recognise them as such.”

“Next year’s festival season will hopefully offer much needed relief after a very difficult time for the country. But, for now, these independent businesses need to survive. Otherwise, every year from now could be a fallow year for independent festivals, for the emerging artists they provide a platform for, and the local economies across the UK that they generate income for.”

AIF’s 65 members have a collective capacity of 820,000 and generate an estimated £386m for the UK economy each year, with almost 10% of that spend going to businesses based around each festival’s site.

* For government to acknowledge a distinction between retail and seasonal businesses in terms of ongoing business support.

* A continuation of all original employment (furloughing and self-employed schemes) and business support packages until the festival industry can get to the planning and sales stage of 2021 events.

* For government to issue clear guidance and timelines regarding when large organised gatherings will be able to operate alongside high-level guidance on social distancing measures that would be expected in order to maintain public safety.

* VAT breaks on ticket sales for a minimum of 18 months so that festivals can see a result of this support (certain cultural events and exhibits are already exempt).

* If large, organised gatherings are going to be last in line as part of a phased re-opening of business, ongoing support must also be phased accordingly.