Appeal boost for The George Tavern 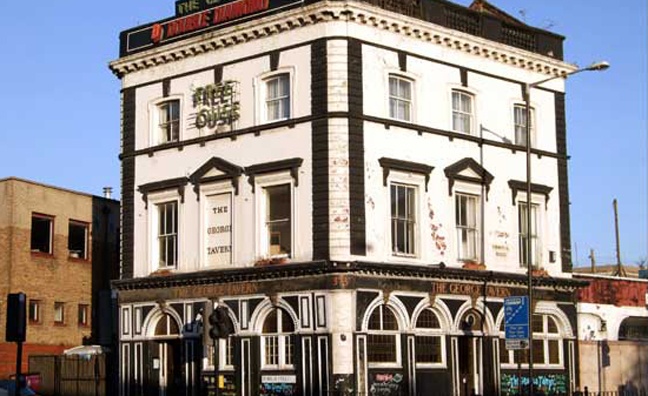 The George Tavern in east London has scored a huge victory in its battle for survival after the Court of Appeal overturned a planning decision allowing luxury flats to be built next to the Grade II-listed venue.

The judgment turned on an argument over natural light and the elimination of The George’s historic staircase, though further legal appeals may lie ahead.

Landlady Pauline Forster has been battling for almost a decade to save the venue, which has hosted the likes of Nick Cave, Plan B and John Cooper Clarke. “I am relieved and happy that the judges have recognised the importance of the historic George Tavern, a local pub, live music venue, film, fashion and art shoot location, and my home," she said. "I have battled tirelessly over nine years for something I truly love and believe in. And I will continue to do so. May the light shine through and live music live on.”

Barrister Annabel Graham Paul said: “This judgment shows the courts really are prepared to protect grassroots music venues in London and warns planners not to take a one size fits all approach. Pauline Forster has battled tirelessly to save The George Tavern and this is fantastic result for her and for grassroots music venues further afield too."

The Secretary of State has applied to the judges to appeal the decision at the Supreme Court. But James Ketchell, CEO of Music Heritage UK, which has been supporting the campaign, said: “This is a huge victory for the entire live music community in London and for grassroots campaigning. It’s now time for the developers to do the right thing, realise they should cut their losses, and scrap these inappropriate plans.”