Casey Wasserman on what the music industry can learn from sport 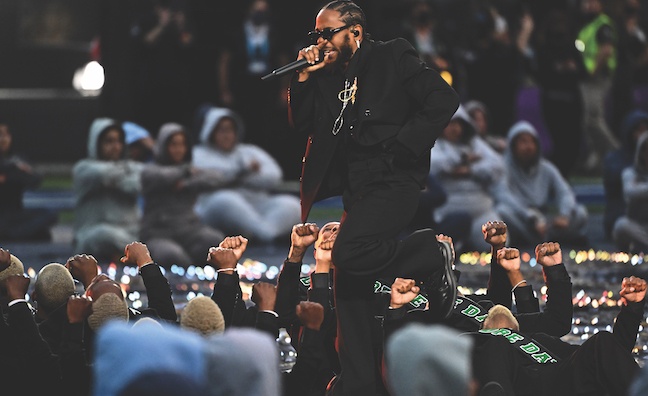 Having become established over two decades as a global sports agency for big name athletes, Wasserman is now in the music business.

Founder, chairman and CEO Casey Wasserman acquired the Paradigm Agency’s US music business last year and followed up with the UK business in April.

“What they got right is what usually makes things go well – it was authentic,” Casey Wasserman told Music Week. “The Super Bowl is our country’s biggest event, and then to have Dr Dre and all of the talent around him, from Kendrick [Lamar] – who we’re fortunate to represent – to Eminem, Snoop, 50 [Cent] and Mary J Blige, and the whole crew was so authentically LA. The presentation of it and the songs were incredible. It connected with fans all over the world in a really special way.”

With the live business up and running again and the new entrant making big plans, Casey Wasserman spoke exclusively to Music Week for a feature interview. Here, in a bonus online Q&A, the Wasserman boss suggests that music and sport have plenty of lessons for each other…

What do you think the synergies are for music and sport?

“One of the things we say is what matters in the world is what's live, and what matters in live is sports and music. That's how we built our company and the acquisition of Paradigm’s UK [music] business is just a furtherance of that belief. We're in the live business with the best agents in the world and we’re giving them an environment to continue to build their incredibly successful businesses.”

There have been numerous combinations of sporting events with music performance. Is there a case for bringing sport and music even closer together where possible?

“What’s is really about is the expertise, skill sets and breadth of services that are similar across the two ventures. Having said that, they live in their own worlds. But the connectivity, culturally, between music and sports is significant, and our ability to serve those clients in the best way possible benefits from us being in both businesses.”

Sport on the screen is part of almost everyone’s lives. What do you think about the emergence of music livestreaming as a big business?

“Well, it's a business. I'm not sure it's a big business. I don't think any of the artists we represent are retiring by streaming their shows. You're only streaming a show that's being performed live, so live is live and live is important and that's not going to change. Is there an opportunity to stream a show in a special way, in a unique setting on a limited basis, to drive both engagement with fans and value? For sure. Is it a replacement? Absolutely not.

“It’s very different in sports because, as you saw for almost 18 months [during the pandemic], a lot of sports was taking place without fans and TV engagement was still very good. UK football games went on and there were no fans in the stands, but people watched games every weekend. So I think it's an important distinction that live music is really best consumed live. And sports, you could argue, is best consumed on TV in many ways, or it's optimised for TV. And I'm not sure if music will ever be optimised for streaming, or TV or digital deployment.”

So livestreaming is an add-on, it can’t fully capture the experience?

“No question. It's an add-on and I'm not sure that's ever changing. I would bet against it ever changing at scale.”

What do you think music can learn from sport, and vice versa?

“I would say if there's something to learn from sport it is the way that they've leveraged commercial brands, not just about revenue but frankly about reaching more fans and leveraging marketing dollars. Because sports teams unto themselves aren't marketing entities. It's the brands they partner with, whether that's distribution in terms of media or commercial brands, or kit manufacturers, those are really companies helping to tell that brand story and create deeper engagement and connectivity with that team. I think artists can benefit over time - not at that scale, not at that quantity - but on a limited basis by leveraging brands to help them tell their stories.

“And you know, the accessibility of some of the fan amenities that artists have pioneered will start to take place in sports. No one's been invited to the Arsenal locker room before a game to do a meet and greet, but it's pretty common in the music business. So there are lots of things that are about fan engagement. I think the production values that live artists are now focused on in terms of the show, around their performance, are really powerful. If you look at sports arenas, other than building new buildings the presentation of the game is pretty similar to what it was 30 years ago.”

How will brand partnerships become more interwoven with music?

“If you talk to artists, what gets them excited are those brand relationships that are authentic. I think our expertise will come to bear in significant ways. Whether it’s Jack Harlow or Kacey Musgraves, we’ve done great work, and there’s lots more to do.”

What did you make of Spotify’s sponsorship deal with Barcelona, in terms of a music company aligning with sport?

Subscribers can read the full interview with Casey Wasserman here.