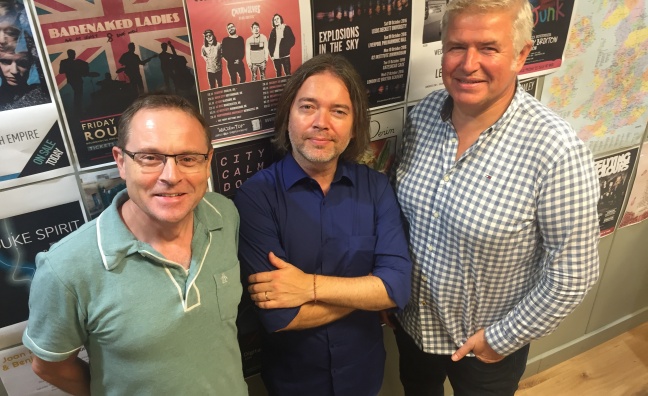 "Festivals have skewed the market because, as certain bands get paid a lot of money to play festivals, pretty much all of what they do over a year can now be geared up to that market," Hutton told Music Week.

"There are just too many festivals. When we were at Metropolis, V had some great years because camping became fashionable again, but I think it has become less fashionable now. People are a bit bored with it because of too many wet summers. I think that’s why the one-day festival thing is really appealing to people - that’s where we’re going as a nation at the moment."

Crosstown promotions have so far included Massive Attack at The Downs in Bristol, Seasick Steve at The SSE Arena, Wembley, Kano at O2 Academy Brixton and PJ Harvey at Starworks Warehouse in Wolverhampton. It is also staging Pixies' trio of Brixton shows in November and December.

Hutton added that exclusivity clauses demanded by many festivals causes congestion in the marketplace. "It makes things very compact between September and April," he said. "There are too many shows then, so there’s too much demand on people’s pockets. And for venues, it’s really tough between June and September. There’s nothing going on."