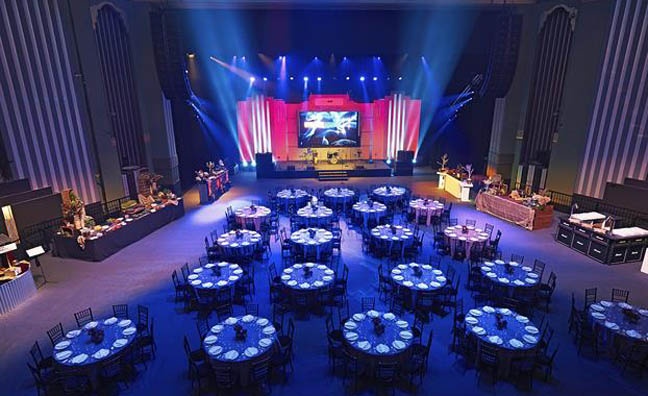 Bookings for Eventim Apollo’s new space for premium corporate entertaining have got off to an encouraging start, according to the venue’s management.

Launched last September, its hi-tech flooring system can be installed overnight to transform the sloping view for concerts into a split level flat floor and stage seated events up to 720-capacity.

The legendary Hammersmith venue has welcomed the Event Magazine and Metal Hammer Golden Gods awards ceremonies, among others, and will host the Hyundai Mercury Prize 2016 on September 15.

“We didn't budget for many shows because we knew it would take time to get word of mouth out that we can now do something different from standard music gigs and comedy,” the Apollo’s general manager Darren Murphy told Music Week.

“But by the end of this year we'll probably have had about 10 corporate events, ranging from award ceremonies to gala dinners to product launches. We had a product launch with EA Games recently, which was a huge success, so the actual implementation is going really well. It’s definitely encouraging.”

Since its 2013 revamp the venue has staged concerts by acts such as The Killers, Billy Joel, Selena Gomez, The Cure and Kate Bush’s 22-date Before The Dawn residency. Upcoming shows include David Brent & Foregone Conclusion, Ronan Keating, James Blake, Jack Garratt, Kenny Rogers and The Lumineers.