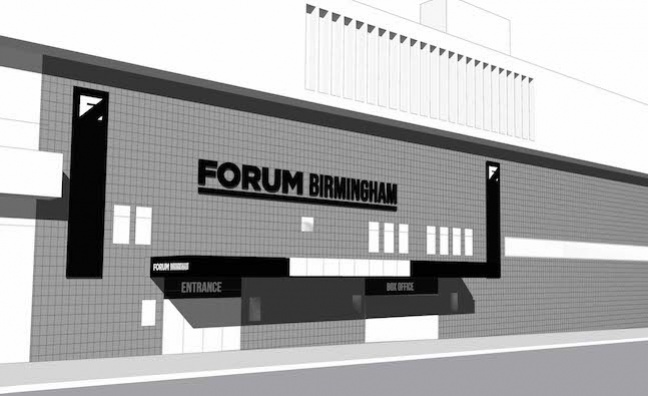 Global Venues is to open a 3,500-capacity venue, Forum Birmingham.

The building, formerly known as The Ballroom, has lain dormant for a decade.

Some of the upgrades include restoration of the original woven wooden sprung dance floor, in addition to stripped back and newly polished concrete floors, a steel mezzanine for overarching views and industrial decor. D&B Audiotechnik will install the sound system, while LED screens and immersive lighting will be provided by local company DMX Productions, the production team behind stages at Glastonbury and Global Gathering amongst others

Billy Chauhan, of Global Venues, said: "Prior to the pandemic, a quarter of a million people in the West Midlands worked in the culture, media and night time industries and the relaunch of this historic venue in Birmingham will help to refuel this damaged part of our local economy. We’re also extremely passionate about preserving Birmingham’s musical heritage and our work culminates with Forum Birmingham."

The music will be curated by a combination of dedicated in-house and external promoters. It will encompass all shades of live and electronic music from a diverse mix of artists.

National promoters already confirmed include AEG Presents, Goldenvoice, Kilimanjaro Live and Cream, with local Birmingham promoters Leftfoot, Shadow City and Foliee already working on their first events. Full line-ups will be revealed at the end of April along with a complete list of promotions.

From its early days as The Ballroom, it evolved into the Top Rank Suite in the 1960s and 1970s and hosted iconic acts like Bob Marley & The Wailers and The Clash. In the 1980s it became the Hummingbird and hosted live shows from Nirvana, Sonic Youth and the Beastie Boys. It closed its doors in 1994. The venue later had a spell in the 2000s as Carling Academy Birmingham, featuring performances by Amy Winehouse and Ed Sheeran.

Michael Kill, CEO, Night Time Industries Association (NTIA), said: “The club scene is a huge part of British culture and heritage spanning decades. We need to preserve it so that future generations can share the experience and pursue careers and opportunities within this sector for years to come. At the moment our clubs are fighting to survive during the pandemic so it’s really inspirational that Forum Birmingham will reopen saving a cultural institution in the city and giving the local industry a much needed shot of confidence.”