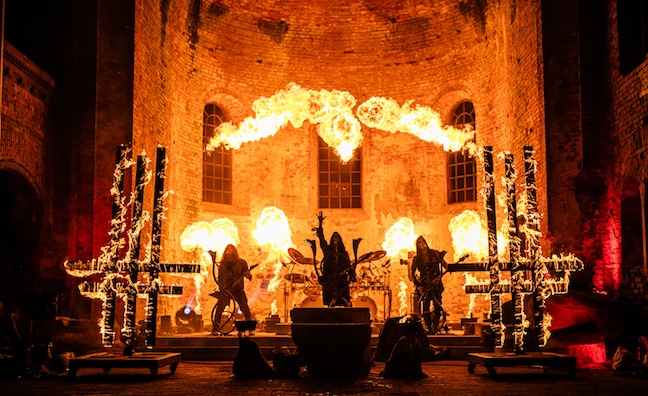 Slipknot manager Cory Brennan has predicted the growth of livestreaming will continue, with the format emerging as a valuable new revenue stream for rock artists during the pandemic.

The 5B Artists & Media boss has overseen shows by the likes of Corey Taylor, Trivium and Behemoth shows since the touring shutdown in the spring, with several more in the pipeline in the coming weeks.

Livestreams held behind-closed-doors without audiences are exempt from the new national lockdown, which begins today and runs until December 2.

“We are, as a company, being very aggressive on paid livestreams - if we can show the presentation the right way,” said Brennan. “It’s built on a real connection between an artist and their fans and, being in a certain culture - like we are in heavy rock, especially - those fans are rabid. They don’t want to see somebody in their bedroom, playing music in their pyjamas. They want to see what they are used to seeing - a proper rock show with a stage.”

Worldwide ticket sales topped 30,000 for Dermot Kennedy pay-per-view livestream at London's Natural History Museum in August. The hour-long concert was staged by new business Driift, founded by ATC Management’s Ric Salmon and Brian Message, which has gone on to stage events by Biffy Clyro and Niall Horan's Royal Albert Hall livestream this Saturday, among others.

"For some, it’s generated huge returns, for others some much needed survival income, and for others nothing yet.  But the potential to generate revenues from this brand new format is undeniable," said Salmon.

"We’re certain that this format will become a natural part of the standard activity of an artist’s life. In some cases taking place of a music video; in other cases, taking place of a tour; in many cases, being used as a promotional tool for other activity.  Whatever way we look at it though, out of this dark time, this has truly been a ray of light and something we can all benefit from going forward."

“There’s no doubt there were valid questions around whether or not this could work as a format for rock. Honestly though, those concerns already feel a little out of date to me. It’s never going to replace what we all love about being physically at a show, but it’s an incredible new medium through which bands can communicate and connect with fans while pushing themselves creatively.

"It lends itself to artists of all genres, cultures and ages. And crucially is ultimately accessible to all, no matter where they are on the planet."