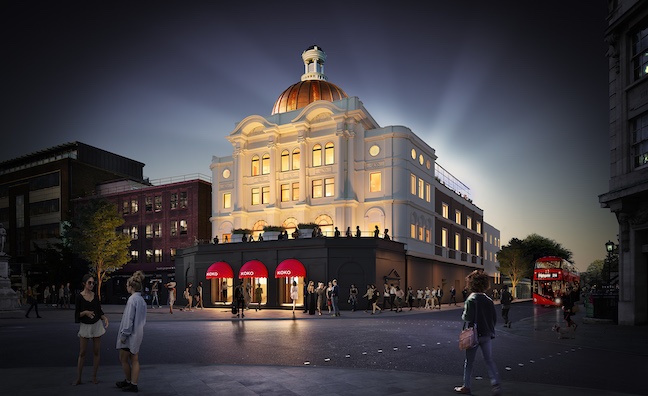 London’s iconic Koko venue will relaunch in spring 2022 after £70 million of investment.

It follows three years of construction and restoration, with major challenges including a fire, serious water damage and, of course, the global pandemic.

The new venture is being launched in partnership with Sister, the global content company behind productions such as Chernobyl and forthcoming titles such as This is Going to Hurt.

Originally a 19th century theatre, Koko later evolved into a broadcasting centre when it became the home of productions such as The Goon Show and Monty Python’s Flying Circus, which were transmitted live from the building during 30 years of BBC ownership (1945 -1975). The Rolling Stones recorded Live At Camden Theatre from the building in 1964, for the BBC’s Rhythm And Blues show.

Koko has been transformed into immersive spaces that will provide artists with a new platform for performances. With new high-spec broadcasting, recording and livestreaming capabilities built into the fabric of the Grade II listed theatre and its new four-storey extension, musicians now have access to a unique physical space and media facility.

In addition to live performances, the relaunched venue will allow artists to co-produce, stream and distribute their music to a global audience with the newly formed Koko Studio.

Koko’s soon to be launched radio station will aim to help to break new and emerging artists, while its new Foundation has a mission to empower future generations of artists and protect the environment. The Foundation will begin with a focus on projects within its community of Camden.

Koko blends together three historic buildings - the original Grade II listed Victorian theatre (1900) plus two adjacent buildings: a former piano factory (1800) and the old Hope & Anchor public house (1860). Working closely with English Heritage, the investment of £70m encompasses the extensive restoration of the water damaged theatre and burnt copper dome, as well as a redevelopment of the new project.

At the centre of the restoration will be the Fly Tower venue and gallery (the large volume of space above the stage), which was a surprise discovery during the three-year development process. Artists will have the opportunity to perform in the round on a 360 stage or in a more intimate setting.

Sister’s partnership with Koko will present opportunities for the newly formed Koko Studio, as it looks to help artists and brands develop new content and formats. 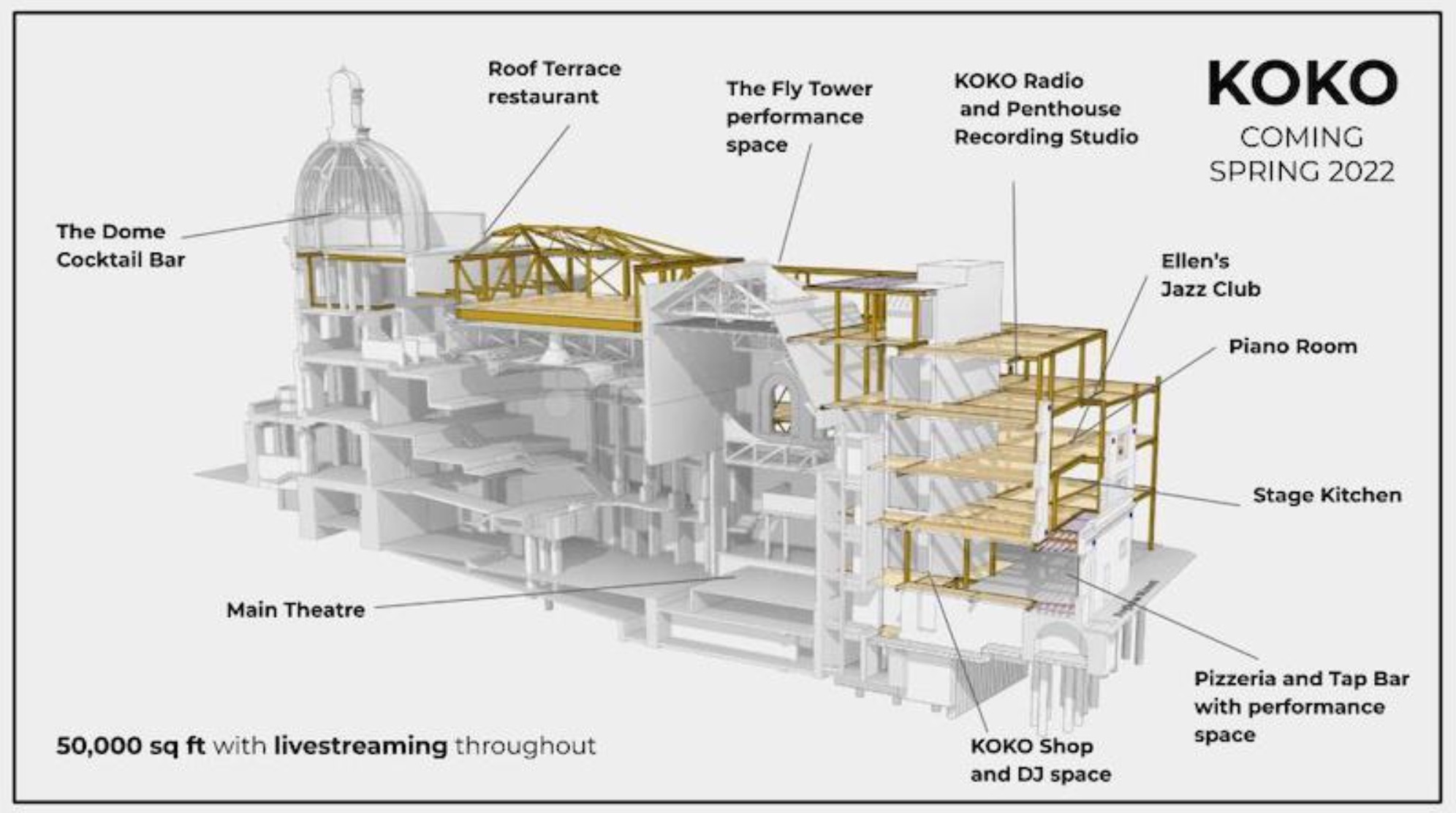 CEO and Founder Olly Bengough said: “After three long and epic years of construction and restoration, I’m excited to announce that we will be returning Koko to the musicians, artists and fans next spring with a beautifully restored theatre and live music offering that will hopefully be a truly unique and unparalleled experience for everyone coming through the doors.

“We are as committed as ever to protect our 120-year cultural legacy and to support the next generation of musicians and London’s dynamic and ever growing music scene. We look forward to welcoming everyone back to Koko in Spring 2022.”

Elisabeth Murdoch, co-founder and executive chairman of Sister, said: “It’s never been more important to support the next generation of artists and storytellers to collaborate, innovate and share their work. Although we’ve all been eager for the return of live music we’ve also been discovering new ways to engage with the artists we love through their creative endeavours in the digital space, keeping us united as a global community.

"It’s this connective power of music and the arts that Olly and his team are harnessing as they develop Koko into London’s first next generation global entertainment experience. At Sister we're really excited to partner with Koko and to use our collective expertise, networks and shared independence to forge creative collaborations and empower artists and audiences around the world. “