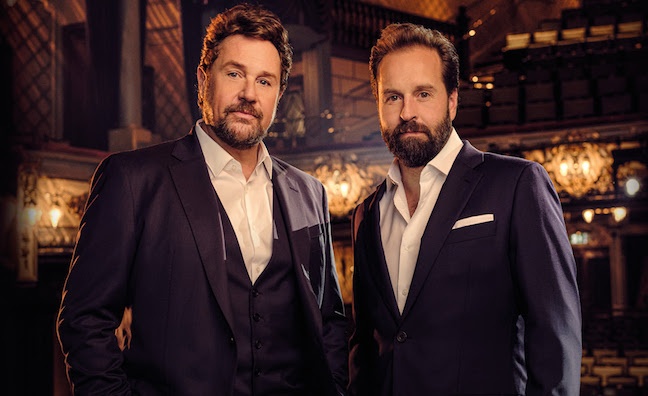 Ahead of the release of their third album, Michael Ball & Alfie Boe have booked a UK arena tour for 2020.

The duo are returning with Back Together (Decca) on November 1. It is set to be a key physical release for Q4 for Universal Music UK.

Both singers released solo albums in 2018, with Ball topping the UK albums chart and Boe entering at No.10. They have also played solo tours and both are currently starring in Les Misérables in the West End.

Their 2016 debut Together was the biggest release of the year, based on Official Charts Company sales, while 2017 follow-up Together Again repeated the No.1 success of their debut. Combined physical sales for the two albums now top one million units.

The 10-date Back Together tour, which is promoted by Live Nation, launches on February 22 at Glasgow The See Hydro.