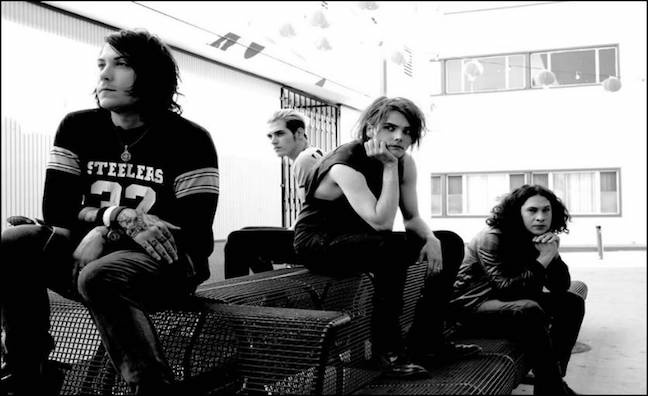 My Chemical Romance have confirmed they will play their first UK show in almost nine years.

After weeks of speculation and teasing, the group announced they will play Stadium MK in Milton Keynes on June 20.

My Chemical Romance announced their break-up on March 22, 2013. Their best selling album, The Black Parade, was released via Reprise in 2006 has sold 838,520 copies to date according to Official Charts Company data. They currently have over seven million monthly listeners on Spotify.

The group announced their reunion on October 31, 2019 and played their first comeback show at The Shrine in LA. They subsequently announced dates in Australia, New Zealand and Japan.

The Stadium MK show will be group’s first in the UK since their headline set at Leeds/Reading Festival in 2011.

Tickets for their comeback go on sale from 9.30am Friday, January 24.

Accessible/Wheelchair tickets will only be available from Stadium MK by calling the Box Office Disabled Access line on 01908 828740 or in person.

You can see My Chemical Romance’s video announcement below