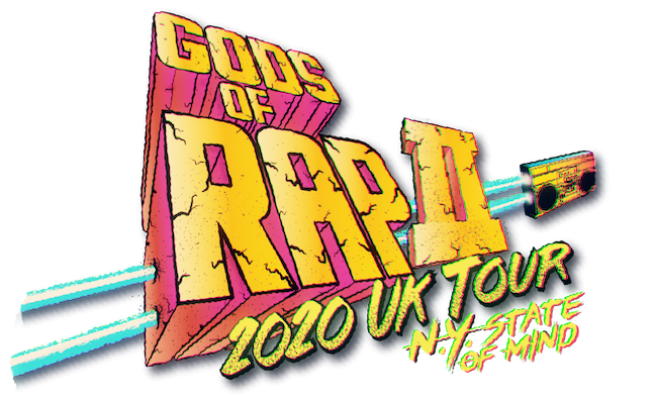 Following the success of its sold-out UK and European dates last year, the Gods Of Rap arena tour is set to return in April 2020. Not only will the SJM event be bigger in scale than before, it’s also packing a stellar line-up.

This year’s incarnation will be headlined by Nas, who will be joined by DMX (performing in the UK for the first time in 15 years), The Lox, plus Gang Starr. All shows will be hosted and presented by Just Blaze.

The appearance of Gang Starr is also a big coup. As recently outlined in his recent Music Week interview, the group’s legendary DJ Premier – who hosted at the inaugural Gods Of Rap in 2019 – revealed he was planning on touring under the Gang Starr name using state of the art video and audio of the group’s late MC Guru.

“I have loads and loads and loads of live performances of pretty much our whole catalogue in different cities and the audio from his voice,” Premier told Music Week. “With technology now, there’s different devices to extract the background music of my turntables and get his voice and footage to move when I make a move on the computer. I could actually have him perform and really be saying the lines and he’ll have different clothes on from the different places that we performed.”

He continued: “I know how to set it up. I don’t want it to be like ‘He’s wearing the same thing for the whole show’ – this is like 15/20 different shows where he would look different based on the song and best performance of his voice. It’s definitely doable. I plan on doing it, I’ve just got to make sure it is flawless. That’s what we’re working on right now. I do it anyway with my band when we do the tribute section, so you would literally see him on a big, giant screen really saying those lines, it’s not just footage of him looking like he’s doing it. I think we could pull it off.”

Gods Of Rap II will start at Manchester Arena on Thursday April 23, followed by a return to London at The O2 on Friday April 24 and a final date at Birmingham Arena on Saturday April 25.

Last year, not only did Wareing tell Music Week that Gods Of Rap II was on the way, but also that "Gods Of Rap III is in the works”.

Tickets go on general sale Friday January 31 at 10am and will be available from gigsandtour.com, www.ticketmaster.co.uk and godsofrap.com.