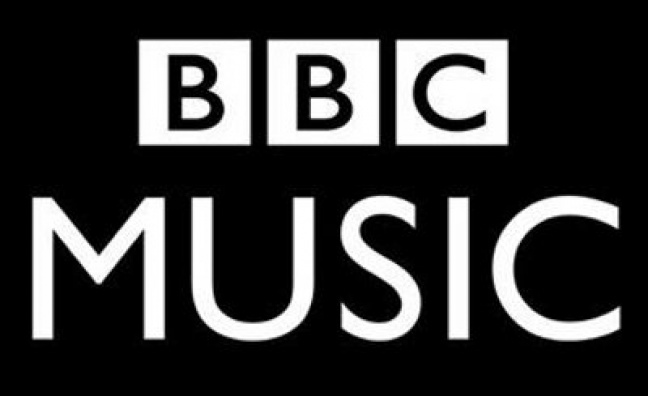 BBC Local Radio in England, along with BBC Scotland, BBC Wales, and BBC Northern Ireland, is partnering with BBC Music to create a one-stop shop for the Festival experience this summer. Kicking off in June and running until September, each station will champion one festival under the umbrella of BBC Music. Coverage will be collated into a digital collection on BBC Music alongside coverage of events such as the massively popular Glastonbury Festival, T In The Park, and Radio 1’s Big Weekend. BBC Local Radio has a history of championing local events and through BBC Introducing kick-starting the careers of new acts such as Jake Bugg, Florence + the Machine and Jack Garrett. Since 2007, over 500,000 tracks have been uploaded to the BBC Introducing website and 130,000 artists have registered. Over 500 acts have performed for BBC Introducing at major UK festivals over the past nine years. Each year the BBC broadcasts from many festivals and last year, BBC Local Radio and the Nations collectively broadcast in some way from 120, but this year will be the first time the coverage will be curated in one place online for audiences to enjoy. Each station will feature a highlights package from the festivals, including behind the scenes insights, interviews with acts and original stories, as well as social media content and a photo gallery. The range of 42 local festivals includes: Manchester’s Parklife; Frome Festival in Somerset town Frome; the largest free music event in the UK – Coventry’s Godiva Festival; Newcastle’s Mouth Of The Tyne Festival; Stendhal Festival in Limavady, Northern Ireland; Sunflowerfest in Hillsborough; in Scotland there’s the Belladrum Tartan Heart Festival in Kiltarlity, Inverness-shire; and in Wales, Festival No.6.

Digital, publishing and live sectors took centre stage during a lively conference programme on Day 3 of MUSEXPO. The Los Angeles conference also honoured its International Music Person Of The Year, with veteran KROQ programmer Kevin Weatherly giving a keynote and receiving the award from US chat show host Jimmy Kimmel. Weatherly is credited with putting grunge on the radio map and breaking dozens of alternative artists. "Radio still has a huge influence in breaking artists and pushing them to the next level," he said. "And it is still a good business. New things [like streaming] are flavour of the month but we've been here for a while so we need to tell our story better.” Eurosonic Noorderslag founder Peter Smidt’s opening address was followed by a live forum that saw UTA’s head of worldwide music, Neil Warnock, become the latest executive to criticise YouTube for not delivering enough revenues to rights-holders. “Artists need to be paid for their music,” he said, to applause from the audience. “This ain’t something for free.” The panel also discussed the changing role of the live sector. “It doesn’t matter how big [an act] gets, they are still in artist development,” declared Warnock, while Benjamin Weeden, COO of Live Nation-owned House Of Blues Entertainment said his firm had more to offer artists than just ticket sales. “As well as selling more tickets than the venue down the road, we can help the band’s brand,” he said. Smidt stressed the importance of festivals in building up a band’s following. "Festivals are a great place to develop new talent and break new bands,” he said. “At a festival, you have a large number of people interested in music and if they see a band that they don't know, if they have a good experience, they will follow the band." On the afternoon’s digital panel, Shazam’s VP/head of music Peter Szabo said Shazam’s data was now so sophisticated it could pick out sure-fire hits earlier than ever before. “We always knew we could predict the Hot 100 months in advance,” he said, “But now we can have indicators a year in advance.” Meanwhile, the publishing panel hosted by Music Week’s US editor Emmanuel Legrand saw executives debating the changing role of publishers. BMG US's president of music publishing, Zach Katz said: "Anybody who wants to compete in publishing has to put aside time, energy and resources to develop writers." The panel said bidding wars still went on for hot songwriters, but stressed that the biggest deals weren’t always the best. Peermusic president/COO Kathy Spanberger said:  "Bidding wars lead to ludicrous deals that aren't sustainable however much you believe in the artist." And Universal Music Publishing Group’s North America president Evan Lamberg said: “Go look at a new artist that’s signed a $1m [record] deal and watch the pressure on that artist.”

Dice has appointed former Uber and Red Bull marketing exec Sam Hancox as Marketing Manager, starting today. Having spent seven years working in marketing at Red Bull and most recently as brand manager at Uber, Sam’s appointment will expand Dice’s offering as it prepares for UK and global expansion. Originally founded in 2014 by former music exec Phil Hutcheon and product studio ustwo, DICE has transformed ticketing and gives fans access to a curated selection of gigs, club  and festivals listing only the best events and breaking new acts. As a result, DICE is fast becoming the go-to brand for artists and has worked with everyone from Disclosure to Adele to Annie Mac. In addition to discovery and ticketing, Dice is also working with a select number of brands including Beats, Budweiser, Red Bull and Vevo. Dice’s audience - 83% are under 30 - are highly engaged fans and has grown entirely from word of mouth.

Shazam has launched Shazam for Brands, creating new ad units customised for brands. To help advertisers engage audiences, tools will include: Shazam Data Insights, helping partners leverage unique engagement data; Shazam Branded Content, including Shazam Live Events and Shazam Next Generation promotions starting with its first live, sponsored events in 2016; and Shazam Brand Connect, including Visual Shazam, which allows consumers to scan real-world items such as print ads, packaged goods, displays and more. Another technology utilised by brands will be Beacons and Audio Watermarking, which have unlocked the ability for any live event to become Shazamable. Shazam for Brands will also be the official music partner of the 2016 Cannes Lions, the eight-day consortium of creative inspiration, advertising, celebration, education and networking, attracting over 15,000 delegates from around 100 countries. At Cannes, advertising and business development teams will highlight how Shazam humanizes the brand experience.

Absolute Radio is launching a new weekend schedule, spearheaded by an extended all request show fronted by Claire Sturgess, as the brand prepares a series of new primetime shows available for sponsorship. The influx of programmes will lay the groundwork for a summer filled with live music and exclusive content. The station is also announcing a series of special programming as they go behind the scenes with Muse on their Drones tour. The Absolute Radio All request show will build on its success since its launch last summer as Claire Sturgess will now host two extended request shows every weekend. She’ll be putting listeners fully in control of the music on the station from 5-8pm on Saturdays and Sundays. Leona Graham will return to host the Absolute Classic Rock Party at 8pm every Saturday. Danielle Perry will continue with her Sunday Night Music Club with Q Magazine from 8pm with new music with even more live tracks from some of the summer’s biggest gigs and festivals, including the Isle of Wight Festival. The station returns once again to the festival as the official radio partner, broadcasting live all weekend with exclusive artist interviews and live, uninterrupted stage sets from the star studded line-up. Pete Donaldson, Sarah Champion, Danielle Perry and Andy Bush will bring all of the latest backstage gossip every day, taking to the airwaves on the Friday night and all day Saturday and Sunday. On Thursday, April 28 at 9pm, Danielle Perry will be go behind the scenes on the Drones tour, featuring exclusive interviews with Muse who’ll reflect on their latest album and life on the road. The two-hour show will showcase live tracks from their O2 gigs plus some of the songs which have inspired their signature sound. The programme is part of Absolute Radio’s Real Music Matters campaign, a message that communicates a shared love of real music from a station which prides itself on a playlist that delivers music, from both old and new artists, who have connected with the hearts and minds of music lovers.

Coldplay's A Head Full Of Dreams tour, produced by Live Nation Entertainment, set a new attendance record at Mexico City's Foro Sol venue on April 17, 2016, with an attendance of 67,451. The band's previous appearances at the venue on April 15 and 16 set attendance records for consecutive nights, culminating in Sunday's record-breaking show. The shows capped off a strong Latin American tour for Coldplay, where the group sold out 10 stadiums and performed to more than half a million fans, beating attendance records at Foro Sol previously held by Pearl Jam and Los Fabulosos Cadillacs in November 2015. The world tour will kick off its European leg on April 24 in Nice, France, and continue in the US on July 16 at MetLife Stadium in East Rutherford, New Jersey.

Super the new album by the Pet Shop Boys, released on their own imprint X2 via Kobalt Label Services (KLS) last week charted No.3 in the UK album charts on Friday, with 16,953 units sold. It’s an improvement on their previous album Electric, also released via KLS in 2013, with an initial chart position of No.3 and first week sales of 15,715, which itself was already a significant improvement on Elysium, released via Parlophone/EMI in 2012 with first week sales of 10,418 and initial chart of No.9. The trend is similar around the world, with over 12 international territories charting on release, including six Top 10 initial chart positions to date, a No.3 in Germany, and US first week SoundScan of 9,900 sales and sales rank overall of No.21, all significant improvements on the act’s performance over the last two albums. Vincent Clery-Melin, Kobalt Label Services MD, UK and Europe, said: “The Pet Shop Boys have made their best album in a very long time, and it’s exciting to see that we can help such a legendary act, deep into their career improve on their profile and album sales album after album. Not only are their first week sales around the world up on their last two albums, but we’re also very proud to have been able together with our partners Apple and Spotify, to help them make waves in the world of streaming and digital though this campaign, whilst they keep ownership of their masters and total control over their campaign. This is very much the start of what will be an exciting year for them.” KLS also released last week the debut album by Sunset Sons, via the band’s own imprint, which charted at #25 first week in the UK. Originally a client of Kobalt’s digital distribution platform AWAL and a publishing client, Sunset Sons signed up to KLS at the end of last year for the release of their debut. A sold-out UK tour and releases around the world are to follow in what is the start of a 12 month-plus cycle for the band.