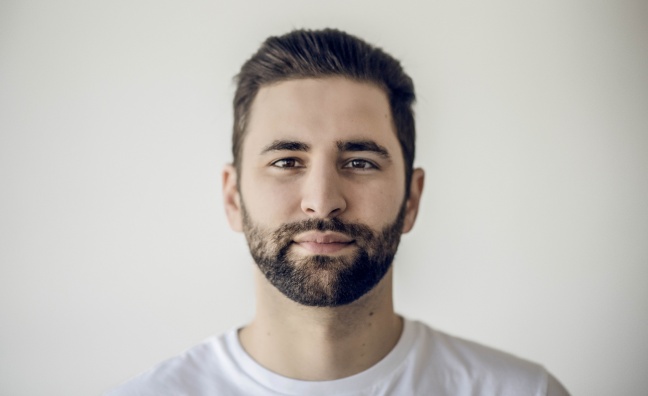 I’d never worked in music before I started making music as Lane 8. My first ever paid gig was in 2012 in a pork-themed restaurant in San Francisco, where I was living at the time. All my friends came down for a 9pm start, but there were still a ton of tables with people eating everywhere, so the promoter, my friends and I had to move as many tables as we could out of the way to make space for a makeshift dance floor. I think we stood around for another 45 minutes waiting for someone’s friend to show up with a mixer so we could actually start playing! Once it finally got going it was perfect, in a very innocent and naive way, and I couldn't believe I was getting paid to play my favorite music.

Lane 8 has been going since 2012, so it’s actually been five years. My newest role within the industry however, as the head of a record label called This Never Happened, started in 2016. We have released all my music through TNH in the past two years, and have started signing a handful of other acts in 2017. Our This Never Happened events are a huge focal point of the project - we don’t allow photos or recording of any kind at our shows, which creates a really unique, engaging atmosphere where people genuinely connect with the music and each other on a very high level.

Without a doubt, seeing a new production get a big reaction at a show - when people respond to music that they can’t possibly even know yet, it’s still the best feeling for me and one of the main things driving me forward as an artist.

With This Never Happened, we are trying in a small way to change what we feel is one of the most important issues of our time in live music - with the instant connectivity and gratification of smartphones, a lot of the special atmosphere that we loved about live music and clubbing has been lost. Rather than immerse ourselves in the experience unfolding in front of us, we tend to scramble to record that experience on our phones. I think that all music, but live music especially, is meant to move people emotionally - and I don't think you can do that through a phone screen. People need to be lost in the moment to fully experience what it is that makes live music and clubbing so special, and that immersion is what we strive for with TNH.

It's tough to single out a single moment, as things seem to continually get better as we learn more and try to up our game each and every year - but I think the big turning point for the project was the first This Never Happened show in San Francisco in 2016. Seeing how well the no-phones concept worked at our first ever show was a huge relief and a confirmation that we were on the right path, and it feels like we haven't looked back since!

I still think the best show I've ever attended was Arcade Fire at Coachella in 2011 - an already incredible band in their prime who were somehow even better live than on their records. I had just graduated college, and was surrounded by friends, without a care in the world, really. At one point during their set, they dropped [via cranes] about 500 LED beach balls onto the crowd which were synced to the music for their big finale. It was so epic in so many ways and still puts a huge smile on my face when I think about it now.