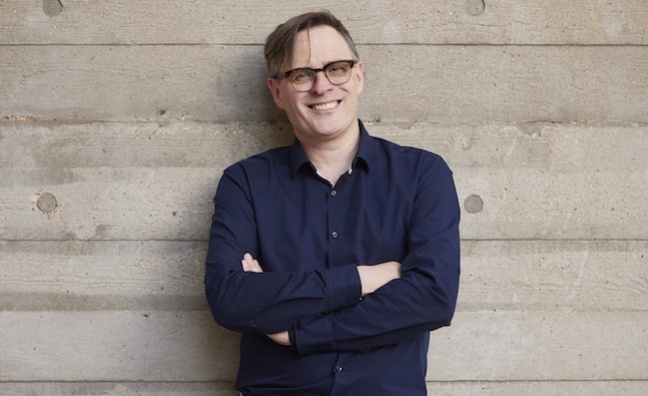 This month sees the return of two iconic music events where leftfield music can flourish - Glastonbury and Meltdown. Both are back for the first time since 2019.

In his first interview in the role, Southbank Centre’s artistic director Mark Ball has spoken to Music Week about staging Meltdown Festival with Grace Jones at the helm. The event, which was first announced way back in 2019 and has been delayed for two years, has a line-up including Peaches, Skunk Anansie, John Grant, Dry Cleaning, Big Joanie, Sky Ferreira and more. It runs from June 10-19.

Here, Mark Ball looks ahead to the long-awaited 27th edition of the artist-curated festival in London…

How does it feel to have Meltdown back this month after such a long absence?

“It’s such an iconic part of the Southbank’s music output and identity. To be able to bring it back in and of itself is really exciting with an artist like Grace, but it feels like bringing it back also stands for the recovery of the sector and the Southbank at this moment as well. So it has quite important symbolic value after two years [2020 and 2021] of it not happening. And it's amazing to be able to work with Grace. Meltdown has always been such an exciting proposition because, through the lens of an artist’s curation, you get to really understand the artist much more. That’s fairly unique in terms of the way festivals are curated. With the history and pedigree of the artists who have created Meltdown, it's allowed audiences to dive into their mind in a way that you wouldn't get by just going to one of their gigs.”

What impact do you expect Grace Jones’ own performances to have?

“As part of the line-up, she’s closing Meltdown with her classic festival show, which is Grace at her most out there and bombastic with all of the hits that you'd expect. But we also added the opening show, because I think people have waited so long for Grace that we wanted to give them more than one opportunity. It’s going to be very different, she's working for the first time with an orchestra, Chineke!, the country's first majority Black orchestra. Being able to rearrange those classic tracks in partnership with an orchestra and choir as well, she's really excited about and it allows for a different interpretation of her work. So you're going to get two very different, contrasting Grace Jones pieces at the beginning and at the end.”

What would you say about Grace Jones’ line-up for Meltdown?

“As an artist, she's always been very eclectic and broad in her scope. She's not just a musician, she's a fashion icon, she's an actor. She's a cultural icon of the 21st century really. I think what's exciting about this line-up, she’s had her hands all over it. Everything has gone through Grace, it really represents a very broad range of genres, interests and styles. I think it just shows the kind of eclecticism of her thinking. She moves across a number of different musical styles and other interests. Those artists who represent those interests and different styles are influenced by her enough that they want to be part of Meltdown.”

Grace Jones is a cultural icon of the 21st century

What are the opportunities for live events across all the Southbank spaces?

“It's important that it feels like an entire site-wide takeover. It means we can do more experimental stuff in the Purcell Room. But we’re also offering the Grace Jones experience to people who won’t necessarily be able to buy a ticket for the shows, but can experience  the event for free. For the outdoor programming, we've got a Grace Jones tribute roller skating public event on the riverside walkway. We've got A Night Of A Thousand Graces, which is going to be a catwalk fashion event with people dressing up by being inspired by Grace's fashion. We’ve got club night events in the QEH foyer. So I think it's really important that the work spills out of the inside of those auditoria into the public spaces, and into the public spaces outdoors as well, so that Grace is owning all of it.”

“She's been such an influential artist, particularly for artists with that radical, provocative streak; and also for the audiences, she's got such substantial appeal, particularly the LGBTQI+ audiences. She’s also had a big influence on artists who aren’t necessarily musicians - performance artists and visual artists. So to be able to present her work in a really significant way at Meltdown, and mark that 20-year anniversary, feels very important. She continues to be a fantastically surprising and entertaining artist.”

Is it important to have strength in depth with new acts such as Greentea Peng and Dry Cleaning?

“Yeah, it's really important. It’s also an opportunity as well for [Meltdown’s artist curator] to be identifying younger, newer talent. We’ve got Greentea Peng in the Royal Festival Hall, it’s giving that opportunity to artists to do a bigger show. We’ve got slightly more experimental stuff like Cktrl with the London Contemporary Orchestra in the Purcell Room. I think it's great that you have the depth of big names like John Grant, Skunk Anansie, Hot Chip and Baaba Maal. But it's also important that there's a real variety there and that we're able to showcase artists at the other end of their careers who are going to be exciting artists of the future.”

Finally, after such a run of big names, do you think there are plenty of potential Meltdown curators out there for future editions?

“We’ve had almost 30 years of curators, but there are many, many extraordinary artists who are hugely influential [who could be future curators]. I think we are also interested in really taking a view about how we also diversify that pool of curators. Historically, it's been quite male-dominated. There have been some extraordinary women - Patti Smith, Grace Jones, Yoko Ono, Laurie Anderson - but we will certainly look at who is representing Meltdown in terms of the curatorship and make them more fully representative. There are dozens of artists out there we could ask to curate Meltdown who are hugely exciting and influential, and we know will be a big draw for the audience. Because it changes every year through the personality of the curator, I feel fairly confident that it's got a long shelf life.”