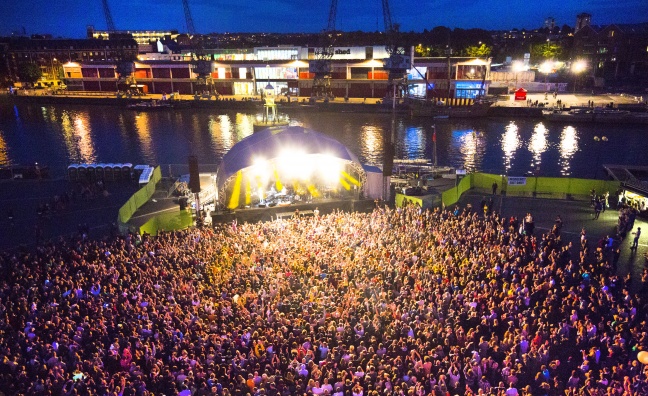 Plans have been revealed for a special outdoor performance to mark Bristol Colston Hall's 150th anniversary.

Launching the Bristol Harbour Festival weekend, the July 21 event at the city's Lloyds Amphitheatre will include a full live set by Roots Manuva and a 100-minute live mix by the 20-piece Outlook Orchestra, assembled to celebrate the 10th birthday of Croatia's Outlook Festival. The Orchestra is led by BASCA award-winning composer Tommy Evans.

“This celebratory 150th gig on the Harbourside will be one of the biggest celebrations of music in the city this year,” said Todd Wills, Colston Hall’s head of programme. “Outlook Festival is renowned for hosting some of the most prestigious names from bass, reggae, hip hop, dub step and DnB, so distilling that essence into a 100-minute live orchestral performance is quite some feat. We’re really delighted to be able to bring this celebration of sound system music to the city for a proper summer party.”

The performance follows the success of the sold-out Goldie and the Heritage Orchestra gig in the Amphitheatre in 2015.

More guests, support artists and an after-party are still to be announced. Tickets will go on sale at 10am on Friday (March 24). Limited first release tickets will be available for £19.50, with standard tickets priced at £25.50.