Pop idol: The biz salutes UTA's Gary Howard on his 30 years in music 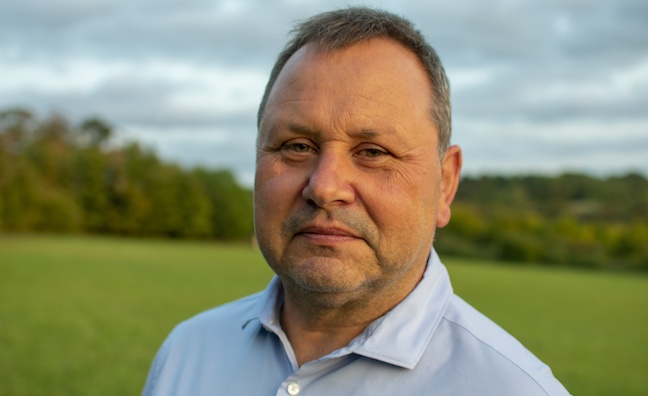 UTA's Gary Howard celebrates 30 years in the music business this year - and industry colleagues past and present have lined up to pay tribute.

The 50-year-old was still a teenager when beginning his career as a tour manager, but soon found his true calling as an agent with MK Artist, prior to a 17-year stint at Pete Waterman and Albert Samuel's Mission Control. He subsequently moved on to set up Marshall Arts Talent with renowned agent/promoter Barrie Marshall prior to joining Neil Warnock's The Agency Group, which was acquired by UTA in 2015.

"UTA’s focus is something I live by," Howard (pictured) told Music Week. "We’re 100% client and that’s what agents are, we work for the client."

Howard recalls his storied three decades in pop in this week's issue, including priceless tales of Kylie & Jason, Right Said Fred and Peter Andre, among others. Subscribers can read the full feature here.

In the meantime, here's what some of Howard's friends and colleagues in the industry had to say about him...

Gary is the world's best hustler

Neil Warnock, UTA: “Gary is the world’s best hustler. He is tenacious; he’s just a total enthusiast about everything he does. He is in and over every single aspect and he’s a detail guy. He’s in a bit of a niche area in some ways. Not everybody would grab what he does because it’s arguable some of the artists he represents are a little unfashionable to other people. But they do incredible business and that is down to Gary’s guidance and street smarts to a great extent.”

Pete Waterman, PWL: “Gary doesn’t take no for an answer, he really doesn’t! If you disagree with him, he has this look on his face – he turns up his nose as if to say, ‘I will prove you wrong’. So when you don’t like or get his idea, he has a way of showing it and it’s quite disconcerting because he really puts you on the spot. So it turns from a definite no to a, ‘Well... Maybe. Perhaps we could look at it again?’”

Colin Lester, JEM Music Group: "Gary’s a better footballer than he is an agent and he’s crap at that too! He’d been chasing me to get Craig for nearly 16 years before I appointed him and his perseverance paid off for all of us in the end. He sees the big picture, understands and believes in the artist and has done a great job on Craig - let's just say we like him a lot!"

Barrie Marshall, Marshall Arts: "We were really delighted when Gary came over to Marshall Arts to continue his agency operation within our group. Everybody in the office really liked him and found him and his team fun to work with. He is definitely a positive force and a tenacious agent. Nothing in his vocabulary is No! On the promoting side of our company he would always insist on us selling out dates for his artists.

"He then had a great offer from Neil Warnock, which allowed him the opportunity to work with even more acts and increase his roster. We were sad to see him go but knew it was the best move for him, and it was good vibes when he moved onto greater things. Funnily enough we finished up promoting the first big comeback tour for Steps which was a great success for all concerned. We also managed to entice Hayley James to come over to Marshall Arts to join us and I am proud that she has been a special part of my team for nearly 10 years now - and I have Gary to thank for this along with many other memorable moments whilst he was with us."

Nick Raphael, Capitol Records: “Gary is a mensch and he is pleasure to know. His energy and enthusiasm for the business is contagious.”

Stuart Galbraith, Kilimanjaro Live: "We've worked with Gary for many, many years and he's one of the industry's true characters that has huge passion for his artists, their careers and their music. He always drives a hard deal, but is always open to listening as well as demanding! It's not surprising that Gary has got such a wonderfully active roster, as we know he would literally crawl across broken glass for any of his artists if it meant that he could get the right thing done for them."

Steve Homer, AEG Presents: “He works tirelessly for his artists and is so loyal. He's one of the good guys. My daughter runs a speaker series for a law firm and invited Gary along. These lawyers had never quite met anyone like him! He had them in stitches, but he also had them believing everything he said. He’s just such a likeable character and people like to hang out with him."

Peter Taylor, Cuffe & Taylor: “Gary is certainly UTA’s undisputed King of Pop! Gary and I have worked together for the last 10 years and had some incredible moments on some of my biggest shows. He’s always on the front foot with his emerging clients getting them onto support slots and giving them the exposure they need… not to mention being behind some of the biggest comebacks in the business. Looking forward to creating some more memories and selling some more tickets with him over the next 10 years.”

Christian Tattersfield, Good Soldier Songs: “Gary is a total legend – I have loved every moment of working with him.”