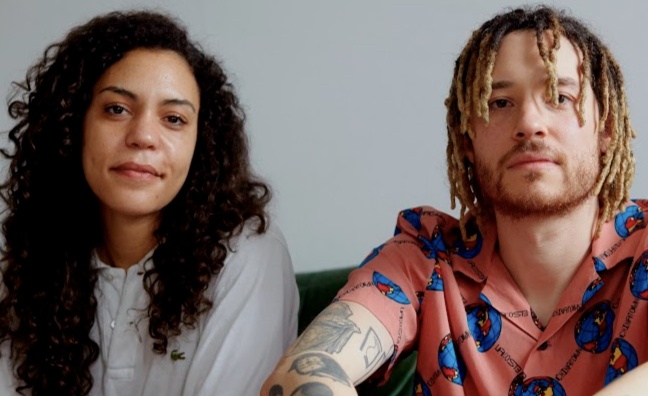 Big Dada label heads Victoria Cappelletti and Alex Ives have told Music Week about their plan to get rid of the "barriers" in the independent sector and nurture a new generation of as the label repositions itself.

Earlier this year, Big Dada relaunched “as a label run by black, POC & minority ethnic people for black, POC & minority ethnic artists”. In the April issue of Music Week, available now, we speak to Cappelletti and Ives to find out more about their vision for the future of the label, which was conceived at the height of the Black Lives Matter movement.

“I have always been somewhat sceptical of the big, public posts of support for BLM from companies, as the proof will really be seen with time,” Ives said. “I have not seen many initiatives that have really made me think there is meaningful change happening – that’s not to say there isn’t, I’ve just not seen much. I hope it’s happening behind the scenes.”

“Although it’s difficult to think it took a whole civil rights movement for it to rise, it’s reassuring and empowering to know this community exists,” Cappelletti said. “It is there for professionals and executives like us from now on. Young people starting their careers know they have a community of like-minded individuals behind them.”

Founded in 1997 as a subsidiary of Ninja Tune, Big Dada has enjoyed success with a range of UK acts including Roots Manuva, Speech Debelle and Kae Tempest. New signing Yaya Bey recently released The Things I Can’t Take With Me, an EP that marks the start of the label’s next chapter.

“Big Dada is, historically, a label that has released really important records from black and POC artists in the UK,” said Cappelletti. “So we decided to relaunch the label in a way that would allow black and POC staff to become executives, as well as being able to champion young artists.”

“For us, as a big label, it’s about looking at some of the structural issues, not just as they affect the music industry, but globally,” Ives added.

Ives has been on staff at Ninja Tune for almost a decade, and is part of the Black Music Coalition’s independent arm. He told Music Week about the structural issues that exist within the industry.

“Say company A has three executives, but they are the three people who started the company,” he said. “That creates a barrier.” 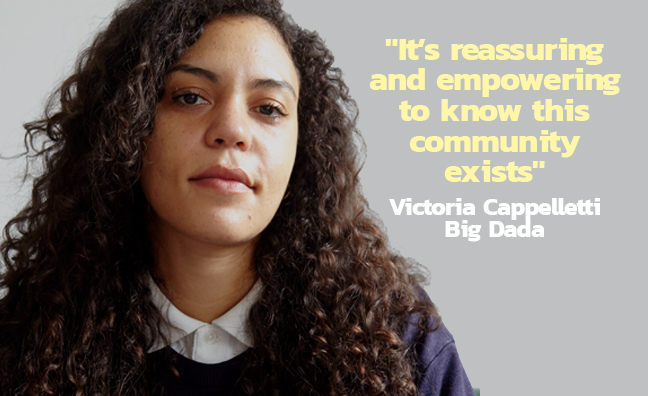 “Part of the joy of an indie can be that the label has the same ethos it had 25 years ago, but it’s also what can make change slower,” he added. “You could have everyone at the top quit and replace them with a bunch of new people, but that’s not really what people want. It isn’t just about promoting, it’s about creating structures of support.”

“I feel honoured to be part of this,” she said. “I hope more labels are motivated to follow because black and brown people do so much for music. If there were more efforts like this, we could finally get exposure and maybe even living wages via visibility for more black and brown artists.”

“Yaya was the one we all favoured,” said Cappelletti of the signing. “First, it was all about her music, always music first, but then we got in touch and found out about her background, her story. She’s an amazing visual artist, that added so much. But she’s also a free artist, which is what makes her interesting in my opinion.”

Cappelletti hopes to sign and nurture a wave of emerging acts who are “unafraid of showcasing who they are,” while Ives said that new signings “will never be a statistic, a box being ticked or a quota being filled”.

Alongside its own staff and roster, Big Dada is now acting as an information hub for artists or executives trying to break into the industry. Ives and Cappelletti want to create a community, with their label at its centre.

“Sometimes labels will say, ‘Oh there’s something happening over here,’ and will cherry pick one artist from a scene,” said Ives. “But I’d like to think we can work with these labels and be part of that community.”

“I like that we are offering guidance to people,” said Cappelletti. “Black, POC and ethnic minority people are living through really challenging times. What happened last summer was mentally challenging, and then trying to make it in the music industry, as an artist or as a professional of any kind… It’s important that advice is available.”