T In The Park boss expects festival to return 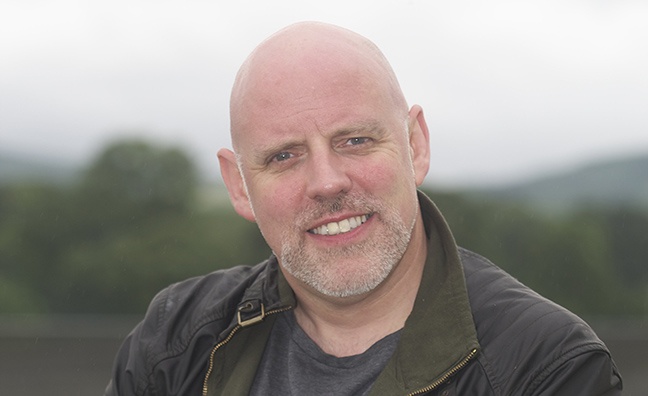 Radiohead, Kasabian and Biffy Clyro are to headline TRNSMT, set for Glasgow Green from July 7-9. Other acts will include The 1975, Catfish And The Bottlemen, Belle & Sebastian, London Grammar, George Ezra, Twin Atlantic, Two Door Cinema Club, The Kooks, Blossoms, Rag‘N’Bone Man and Circa Waves.

"TRNSMT is selling really well and we think it’s going to be a great addition to the music calendar," said Ellis (pictured).

T In The Park is "taking a break" for 2017 following a turbulent couple of years since being forced to move from Balado, Kinross, to the grounds of Strathallan Castle in 2015.

"The intention is definitely to come back; we just needed this year out to get things sorted," Ellis told Music Week. "There are so many constraints from a planning viewpoint that we couldn’t just roll into another year with those huge costs and challenges. We’re taking a year out to sort those things and fully intend to come back with a refreshed camping festival in 2018."

Ellis said that, in future years, T and TRNSMT could co-exist. "We’re hoping to do both in 2018. With T In The Park, it’s definitely taking the year out - we’re not giving up on doing a camping festival because people who love going to camping festivals might only see TRNSMT as a day offering. Likewise, there are people who wouldn’t go to a camping festival, that are coming to TRNSMT for the three days. They are two different markets, but there’s a big overlap between them in the middle."

Last year’s T saw performances from acts including Stone Roses, Calvin Harris, Red Hot Chili Peppers, LCD Soundsystem, The Last Shadow Puppets, James Bay, Jess Glynne, Disclosure, Bastille and The 1975, but was marred by three drug-related deaths at the campsite. Ellis recently told BBC Radio Scotland that the campsite could be limited to over-18s in the coming years, adding that the festival will "dial down" its EDM programming.