The O2's Steve Sayer on the London venue's reopening plans 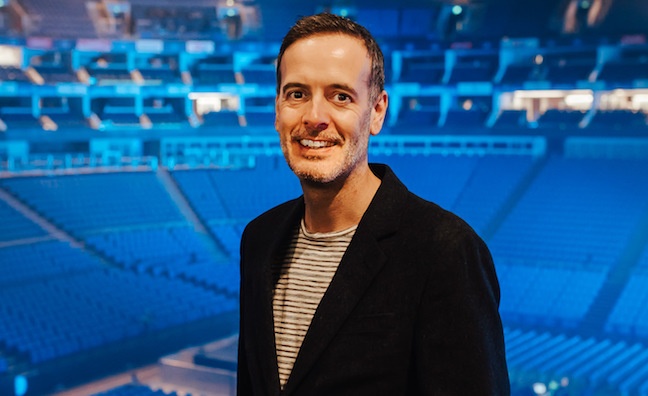 The O2's VP and general manager Steve Sayer has spoken to Music Week about the venue's reopening plans.

The London venue is slated to host its first live music event for more than eight months on December 5 with a socially distanced concert by Squeeze, promoted by AEG Presents.

The gig will see the venue’s capacity reduced from 20,000 to 4,700, with seats remaining empty between each group, while one-way routes have been installed throughout the arena and concourse.

Speaking in this week's issue, Sayer said: “We've spent the last four or five months thinking about how we can reopen safely. We want to demonstrate to promoters and artists that venues are ready to reopen and start building consumer confidence.

"Clearly, we recognise it's not a business model that for any size of venue will sustain in the long term, or even the medium term. But if we can anticipate touring shows restarting again in April or perhaps May of next year – and that's still a bit of a moveable feast – we want to build back towards that.

“It's about giving our employees and the supply chain an opportunity to work, testing our measures and procedures and bringing some life back into The O2. We are in conversation with a number of promoters about different format shows between now and the end of the year, but also in the early part of 2021.”

The O2 has also purchased electrostatic foggers to deliver a charged anti-bacterial spray across the venue that will envelope all surfaces, providing protection for up to 30 days, with a heightened cleaning regime before, during and after the event.

"We've invested in a lot of new cleaning technology to ensure that the pre show and post show the venue is completely sterilised," said Sayer. "We're working really hard to ensure that we can create the best possible fan experience. Health and safety at shows [was already] absolutely paramount and this focus on biomedical health and safety has really come to the fore now as well.”

The O2, which was transformed into a training facility for six weeks earlier this year for those going on to work at the NHS Nightingale Hospital at ExCel London, celebrated a milestone in 2019 after passing 25 million ticket sales since its 2007 opening.

March's annual Country To Country Festival was one of the high-profile early casualties of the live music shutdown, with dates by the likes of Stormzy, Liam Gallagher, Dua Lipa, Lewis Capaldi and Elton John all pushed back to next year.

"It's been a rollercoaster of emotions," said Sayer. "It's been frustrating, with the lack of clarity from government and it's been heartbreaking at times. Even back in January/February we had big ideas, big ambitions and were looking at another cracking year - probably a record year - at the O2.

"Mentally, it's been a challenge for a lot of people, but I've seen a lot of positivity and the team have really come together to support one another. There's been a lot of creativity and loads of great examples of collaborating and trying to figure our way through this."

Sayer said early ticket sales for Little Mix's return to The O2 next May had been strong, prompting organisers to go on sale with additional dates. But he added that general demand for events varied by age group.

"Younger demographics are much more amenable to getting back to shows quickly,” he said. “Squeeze will be a really good test, with a slightly older demographic, but there is definitely appetite out there.

"I think it is fair to say that the demand at onsale is maybe a little bit slower than it has been in the past, certainly in the pre Covid time. That is a clear indicator of consumer confidence, but that will come back."

Sayer said next year's diary was looking "incredibly busy" due to the knock-on effect of having to reschedule 115 shows due to Covid-19, and the venue had already begun programming events for 2022.

“We wouldn't normally be doing that at this stage, but we've had to move so many shows out of '20 and there was a busy touring schedule in '21 anyway," he explained.

More than 1,300 arts and cultural organisations, including venues, received funding in the first round of funding from the government’s £1.57 billion Culture Recovery Fund earlier this month. But the wider live business is continuing to press the government for targeted support and guidance to get back on its feet and potentially return to full capacity gigs next spring.

"We need government to be upfront and open with the industry," said Sayer. "There could be a degree of learning to live with the virus, but that can't mean that people can't go to a show at The O2 or the Roundhouse, or they can't go and see a football game.

"I know the industry is looking at the health passport concept that has been tabled a number of times. The government have talked about the idea of testing and technology coming together and I think that could form a part of the solution. It would be brilliant to think that we get to April and we don't need it, but work is happening now behind the scenes to try and figure out whether that can happen at scale.

"But the government needs to lead us - they're the health experts - and it's about engaging. Don't get me wrong, DCMS are engaging and there are a number of working groups that the NAA [National Arenas Association] and the CPA [Concert Promoters Association] are participating in. But it needs to be joined up and holistic and it feels like we're pushing uphill."

Subscribers can read the full interview with Sayer from this week's magazine here.