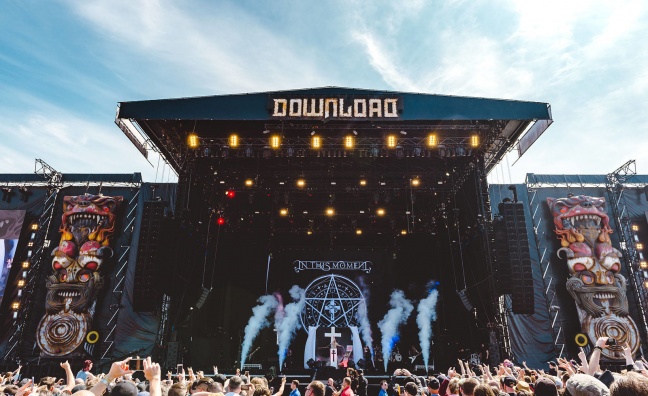 Ticketmaster has unveiled the B2B version of its its State Of Play: Festivals study, which surveyed 4,000 festival-goers to provide insights into market trends and consumer habits.

The report, which draws on 10 years of ticketing data, has been published ahead of today's Ticketmaster Summit. It looks at why fans go to festivals, who they go with and how they get there, and how much they spend on food and drink.

One of its key findings is that festival-goers are most likely to be between the ages of 25 and 34, with most having their first festival experience at the age of 19, while 8% of attendees go to festivals alone.

"People are discovering festivals for the first time [in their teenage years] and then they are often reintroduced to them in their mid to late 30s, so there are two spikes," said Andrew Parsons, MD of Ticketmaster UK.

It was telling how many fans discovered new acts at festivals. That's enormously encouraging for the industry

The study also revealed that nearly two in three fans say they begin listening to new music after discovering an artist at a festival.

"It was particularly telling how many fans talked about the fact that they'd discovered new acts at festivals," added Parsons. "That's enormously encouraging for the industry that a festival [gives an artist] the opportunity to reach a huge audience and then be able to go out and tour off the back of it."

Parsons cited the example of Billie Eilish, whose acclaimed mid-afternoon Reading & Leeds Festival slot helped springboard her to the next level.

"They're able to have big statement shows that really help them progress in their careers," Parsons told Music Week.

Fans of metal, punk, rock and indie are the most likely to choose the same festival every year according to the survey, with Download Festival fans appearing the most loyal, but word of mouth is still the most likely source for fans to find out about a festival, despite the digital age.

"There's crossover between the digital age and what we kind of class as word of mouth, but everyone’s always going to take the word of a mate," said Sarah Slater, Ticketmaster UK VP of music and festivals.

The report also reveals the importance of sustainability and line-up diversity to fans, with nearly two in three respondents wanting to see reduced waste at a festival. A similar amount would like to see more eco-friendly initiatives.

"That shows there's a lot more awareness about that [issue]," said Slater. "Everyone's key concern in our last festival report was toilets whereas, this year, it's very much around sustainability. We've seen some great initiatives across all our clients. Everyone's becoming a lot more aware of the impact on the environment."

Elsewhere, luxury toilets and access to a viewing area close to the stage came out as fans’ favourite perk at festivals, with 80% saying they would spend more money for these benefits VIP ticket buyers were the least concerned with knowing the full line-up before booking.

"The ones that are probably spending the most amount of money on a ticket are the ones that are least concerned about the line-up, so those people are going to these festivals for the experience," noted Slater. "It's taking them out of their everyday lives and into some kind of magical world for a day or a weekend, which is great to hear."

On average, fans spend around £80 on drinks at a festival, with VIP ticket holders spending the most of anyone. Festival-goers think digital festival tickets are eco-friendly (86%), convenient (86%), secure (85%) and reliable (83%).

Ticketmaster's annual State Of Play report first looked at the festival market in 2012 and has subsequently produced similar studies on sport, comedy, grime and electronic music.

"It combines the wealth of transactional data we have here at Ticketmaster with a survey that, this year, went out to our biggest pool yet of over 4,000 festival-goers," explained Slater. "From the results of that survey and the transactional data that we have here at Ticketmaster, we're able to identify key trends, data and information that we think our customers, as well as our clients, would find interesting. It is taking a snapshot of what the industry looks like at that point in time."