'He has changed the narrative': Central Cee's manager Bello on building a UK rap phenomenon 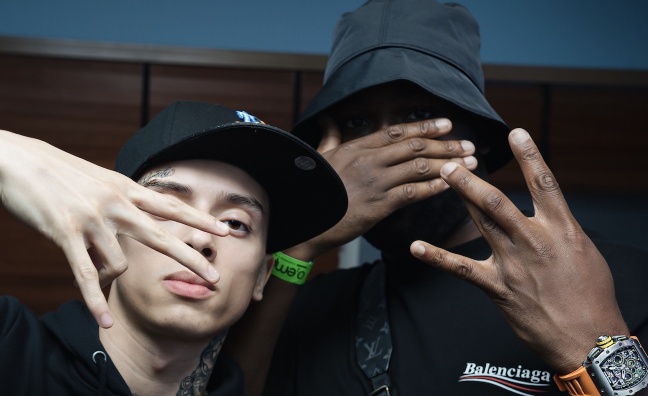 Central Cee’s manager Bello has told Music Week that the rapper is plotting to become the biggest rapper in the world.

Speaking to Music Week for our special feature on breakthrough artists, the London-based executive, who goes only by Bello, reflected on the strategy that has seen Central Cee become a poster boy for a new generation of UK rap stars.

Bello told us that Central Cee knows precisely what it takes to make a hit, revealing that Doja was part of their strategy.

“As a manager, I know I’m a different age to Central, a different generation,” he said. “When I heard Doja I didn’t understand that it was a hit. But I didn’t need to, I just needed to trust my artist and that he knows what will work.”

Bello added: “He was making 23 in the middle of a difficult family situation, he kept on showing me songs and I said to him one day, ‘You need to stop making this sad music, bro, make a hit.’ We needed something different. So he just made Doja and he knew exactly what it was going to do.”

Bello described Doja as the highlight of a year packed with standout moments for Central Cee.

He’s trying to be the biggest rapper, period

“It’s the best thing we did last year in terms of something that was unanticipated, because it didn’t exist until a few weeks prior to its release [and hit No.2 in the UK],” he said.

“I don’t know how he did it, but he found the right producer, the right sample, the right lyrics and he gelled together everything that he’s learned so far and made a song that ticked all the boxes for a hit,” Bello added. “That ability is just something that he’s always shown.

Central Cee is independent and works with ADA on distribution. He signed to Sony Music Publishing last year. Bello says they are developing a versatile strategy with an international outlook, noting that last year’s successful LA Leakers Freestyle (87,503 sales) was a deliberate ploy, following the more commercial Doja, “to show America and the world that he can rap”

“We’re still working towards a debut album,” Bello said. “That needs to be a global project, because he’s got love in the UK, Europe and America. But before that we need to build a lot more because we’re looking for US chart success.”

Further reflecting on last year, he said: “Central Cee changed the narrative in the UK in 2022. He showed artists that you can go to Europe and build a successful career. He did around 100 shows this year and about eight of them were in the UK, that’s massive. He’s created a lot of opportunities in Europe for artists and people behind the scenes. He’s also proved that you can stay independent and do your thing.”

Their ultimate goal, he suggested, is to make Central Cee the biggest rap star the UK has ever produced.

“I’d say Central Cee is the biggest UK rapper outside of the UK, but in the UK it’s debatable who the biggest is,” the manager said. “It gives us something to work towards. A lot of the names in that bucket have had their first chart entry three to five years before he ever even dropped a song. He’s trying to be the biggest rapper, period.”