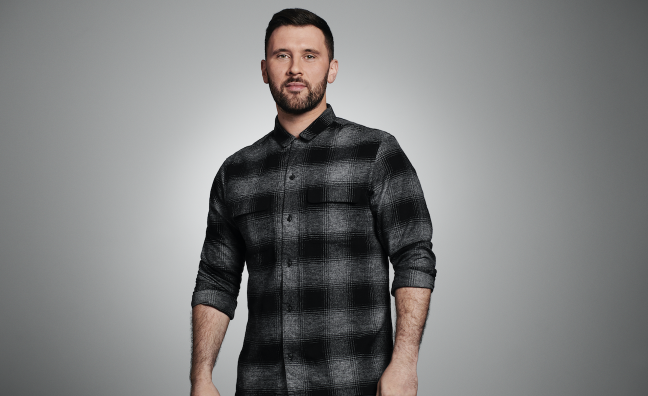 BBC Radio 1’s Danny Howard and his manager Sophie Bloggs have opened up to Music Week about how they turned the DJ into one of UK dance music’s key players.

Speaking in the new edition of Music Week, Howard and YMU Group’s Bloggs charted their journey together, which began after they first met in Ibiza and turned into a management partnership five years ago.

Having got his break on Radio 1 after winning a competition to DJ for the station via Chris Moyles’ Breakfast Show in 2011, Howard now hosts the flagship dance show on Friday nights. Having recently taken over Pete Tong’s 9pm slot, he will move to 8pm next month in light of the recent schedule changes revealed in Music Week.

“To be a part of this is such an honour,” Howard said. “From being a fan listening to Friday nights on Radio 1 since I was at college, to now being a presenter – which is a surreal sentence for me to say, you’ve got to believe that – it’s incredible, something I’ll always be proud of.”

Howard, who has played an important role in breaking acts such as Solardo, Camelphat and Fisher on Radio, is a new music specialist. He wants to build a legacy at the station.

“So many styles and sub-genres fall underneath dance and electronic music and Radio 1 has supported it for well over 25 years,” he said. “This Friday night slot is where the best, freshest, most exciting new music is, that’s where a lot of artists’ careers and tunes have been broken.

This Friday night slot is where the best, freshest, most exciting new music

“It’s about finding that new sound, that new artist that’s going to pave the way for the future,” he continued. “Rather than reflecting what the big tunes are at the moment, I want to reflect my passion for new music and new artists.”

The DJ, who also releases music under his own name and runs a label and events brand called Nothing Else Matter, underlined the significance of the journey he’s on.

“You can’t be complacent,” he said. “I don’t want to be remembered as a ‘competition winner’, I want to have a legacy that will emulate and even eclipse those before me. It will take a huge amount of perseverance, hard work and consistency.”

Bloggs, who began her career at Fabric’s in-house label, is equally proud of Howard’s trajectory.

“I want to make sure that the industry understands what has gone on to get to this point, because it’s not a small thing, it’s a lot of hard work, determination and patience,” she said.

“Danny has been integral in breaking a lot of artists and we’re living in a time where tastemakers are fewer and further between,” Bloggs added. “They’re still very much needed in the world of DSPs and streaming, where it’s hard to really get engaged with new artists. The world of a tastemaker is important and my goal and strategy for Danny is to show him as a tastemaker and highlight it as much as possible.”

The manager believes that there’s still plenty more for Howard to achieve, and told Music Week that more milestones will follow.

“The fantastic thing about what Danny does and the fanbase and the set-up he’s built, is that he has a true platform on Radio 1 to engage fans on a weekly basis, so people really understand what he represents,” she said.

“What he’s done so brilliantly is carve a niche in a world that’s been oversaturated for years. People really understand what Danny means to electronic and club culture, it’s taken us a little while, but we’ve consistently done the right things and now people understand what it is that he’s trying to show.”