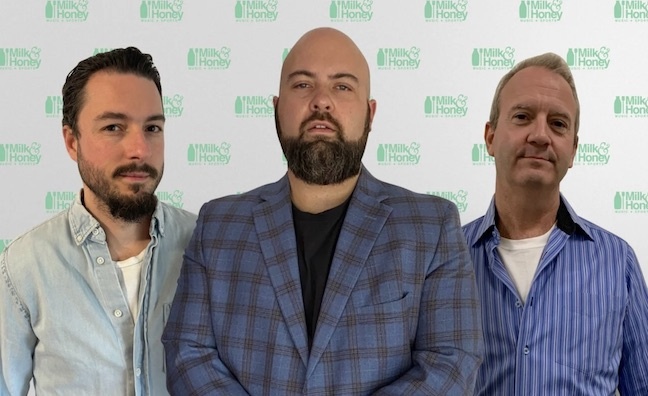 Milk & Honey has opened in Australasia.

It will be headed by Daniel Nall, who recently relocated back to Australia, after spending three years as a manager at Milk & Honey’s Los Angeles HQ.

With nearly 10 years at companies such as Sony, Warner, Universal and Ministry of Sound, as well as the BBC, Daniel Nall worked multiple Top 10 records for Mark Ronson, Muse & Portugal The Man.

Lucas Keller said: “I’ve been traveling to Sydney twice a year for some time, and have been a huge fan of Australian music and the local business for a number of years. It will be great to have a presence on the ground to integrate with our other offices as we make it a priority to represent more Australian / New Zealand talent in the coming years.”

Daniel Nall said: “I can honestly say that Milk & Honey is one of the most exciting music companies in the world. Having witnessed the growth first hand, I’m truly honoured to be setting up the office down here for the company. I’m excited to expand on Milk & Honey’s roster with a focus on Australian & New Zealand music talent – be it artists, writers, mixers or producers. Our global footprint means that launching local talent into the international market will be a core focus of what we aim to achieve.”

Peter Coquillard, head of international, said: “In wanting to establish a deeper commitment to Australia and the region, we are thrilled to be opening a proper office for all our music and media-related activities and couldn’t ask for a better executive to lead the effort than that of Daniel Nall. Daniel has been an important part of our team for a number of years now and brings his extensive knowledge and relationships to the table. We look forward to the next chapter of Milk & Honey!”

For the past six years, Milk & Honey has been working with Australian and New Zealand writers that have received multiple ARIA & APRA nominations across records for Ruel, Guy Sebastian and Jessica Mauboy, including a 2020 best producer nomination for client Louis Schoorl.