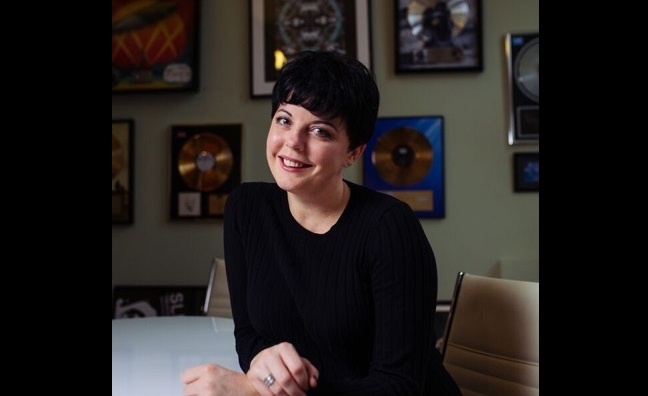 Q Prime Management's Tara Richardson has discussed the industry's changing attitude towards mental health in an interview with Music Week.

The music manager, who has worked with acts such as Foals, Snow Patrol and Declan McKenna, was diagnosed with panic & anxiety order in 2017 and hopes opening up about her experiences will help others going through similar issues.

Richardson's piece, which was first published in our recent wellbeing special issue, which focused on the ripple-effects of the Covid-19 pandemic on physical and mental health, can be read in full below.

"About 12 years ago I had my first panic attack. My life was never the same again, everything changed from that moment on.

"It took me two years to get control over it and stop them, and in those two years I would cancel loads of meetings, dinners with friends, trips to the cinema and pub quizzes, it could be anything.

"Five years ago, they came back and I had to sit down and dissect why – and it was always when I was tired, overworked, stressed, or sometimes money issues, childcare issues, band issues, whatever.

"I manage 15 musicians aged from 21 to 27 and, with the younger ones, mental illness is much more of a subject. I’m 45 this year and it wasn’t something we ever discussed but, with these guys, we discuss it all the time. It came up in the first interview I had with The Murder Capital. They asked me what my stance was on it and were happy that I had an opinion whereas, even 10 years ago, it just wasn’t a thing. That was the first time I realised that women, especially, do not let people know they have mental health issues because it is seen as a sign of weakness, particularly in this industry.

I have no shame telling people that I suffer from anxiety attacks. The weakness is hiding it and trying to work around it

"My first panic attack was at a lunch with Lucian Grainge, David Joseph, Peter Mensch and Snow Patrol. I hit the floor, literally, and they had to call an ambulance. It was horrific and I had no idea what was happening to me. I’m a single parent: I had two babies under the age of two and was day-to-day managing Foals and Snow Patrol, so it’s no wonder I had a panic attack. But at the time I just thought they were all going to think I was so weak.

"I know so many women that have had to leave the industry once they’ve started having children because of their mental health. They were too afraid to show they couldn’t manage both, but it shouldn’t be a taboo subject anymore. I have no shame telling people that I suffer from anxiety attacks. The weakness is hiding it and trying to work around it. People around you need to know that you’re suffering.

"I think it’s more prevalent in our industry because of the hours we keep. You need to have a certain amount of sleep – that’s one of the first things they’ll tell you when you suffer from it. I don’t think it’s even an age thing, because so many musicians get it. It’s the alcohol and the touring – and the jetlag – jetlag is a killer for it. And the older you get, the worse the jetlag gets.

"When I had my first panic attack, I had my second one within a week and then it just continued. It was about two or three months in where I was sat in my friend’s kitchen. He went off to work and his wife said, ‘What’s wrong?’ And I said, ‘I’m suffering from panic attacks’. She said, ‘I used to get those’ and this massive weight lifted off my shoulders. I was like, ‘Used to? I’ve just assumed this is a life now’. Without even realising it, my attacks started to be less frequent.

"My experience is now invaluable in my job. I’ll always ensure there’s at least a proper week at home in between a US and European tour, for example, and that they get a day off before they start. I’ve also stopped communicating via WhatsApp with regards to important issues because you can’t tell what state someone is in that way, so we’ll either sit in a room or do a conference call.

"The harsh reality is we’re all going to leave lockdown with mental health issues. We know about the government scheme for the time being, but we don’t know the knock-on effects of this virus in 12 or 24 months and we know there’ll be far fewer releases in 2021 and possibly ’22. People will be worrying about their jobs and they’ll be even more guarded about their mental health issues.

"Within every company I think there should be wellbeing classes, or a group that meets once a week. The younger bands have taught me to be more mentally aware and not to run and hide, they don’t see it as a weakness. I’ve learned from them – and the industry as a whole can, too."