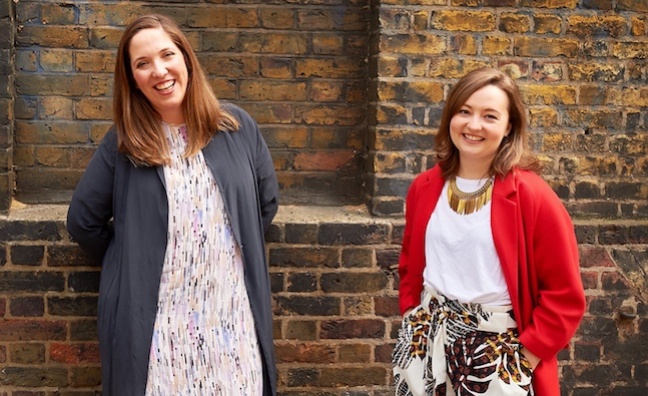 WildKat has announced that its current director of Europe, Olivia Brown, has been promoted to the position of managing director working alongside founding director, Kathleen Alder who founded the company in 2008 to oversee the entire company across London, Paris, Berlin, LA and New York.

Brown’s role will include working towards the company’s development and managing daily operations.

Since joining WildKat in 2014, Brown has progressed from freelancer to account manager and later head of creative strategy and marketing before becoming director of its London office.

Across her career, Brown has supported Music for Youth, London Music Masters, Academy of Ancient Music, France Music, Royal Over-Seas League and Spitalfields Music as well as developing new services such as playlisting for artists’ exposure.

Speaking on Brown’s promotion, Kathleen Alder said: "Olivia has proven herself to be essential to WildKat. She has steered the company through the international expansion and the COVID-19 crisis with clarity and definition. My decision to promote Olivia reflects how she is the driving force behind the flourishing of WildKat. It has also been remarkable to witness Olivia’s journey. She began at WildKat 6 years ago as a shy, self-conscious intern and has since transformed into an expert, confident leader capable of running a company of this magnitude.

“She shows that there is no one leadership style, that you do not have to be an extrovert to succeed. I am thrilled to be able to offer her this position and I know that WildKat's future will be bright with her by my side. We both share a forward-thinking vision and embrace change, and we intend to ensure WildKat continues to stay at the forefront of our industry’s global business innovation, whilst always delivering the best results for our clients.”

Brown added: “I am so honoured to move into this new role to oversee the global company operations alongside Kat, who has created such an inspiring company and a fantastic team worldwide.

“This has been a hugely exciting time for WildKat, having expanded into two new territories last year, and I am looking forward to working with Kat at this most managerial level to expand, transform and progress the company even further.”

Also earning a promotion is George Percy who will now undertake the role of global head of digital and PR manager to manage the company’s marketing campaigns, moving from his previous role as senior account manager.

The news arrives after a successful year for the company since it received a near seven-figure euro investment from Edition capital, allowing them to expand internationally and become a multi-million pound company.