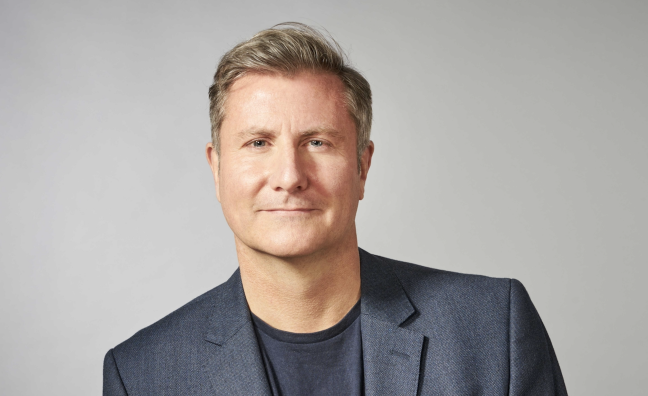 Newly installed at Bauer, former BBC Radio 1 controller Ben Cooper has spoken exclusively to Music Week about his plans for the network.

Cooper was unveiled as group director, content & music for Bauer Radio UK in August, in a move that brings his career full circle, having had an early stint “making cups of tea” at Radio Wyvern in Worcestershire, which is under Bauer’s umbrella. Last year, Radio 1 won a Music Week Award under his stewardship.

“For eight years, I looked after three radio stations and I thought that was hard,” Cooper said, speaking to Music Week in our new issue. “Now, looking at the portfolio at Bauer, we reach 20 million listeners. That’s a lot of output.

And Cooper, who says listening figures are “vital” as RAJAR takes an enforced break due to the pandemic, has big plans for Bauer’s portfolio. The former Capital exec revealed that he’s excited by the challenge the world of commercial brings, and plans to up the ante for Bauer’s digital output, with livestreaming plans afoot.

“There is a drive and an ambition at Bauer at the moment and that’s probably why I’m here,” he said. “There is a real sense of wanting to bring me in to help the team reinvent commercial radio for the next generation. That is very motivating. I want to be here and bring what I’ve known in my previous job to bear fruit here.”

Cooper stewarded Radio 1’s digital and online boom, and said he will strive to go even further at Bauer.

“Commercial radio had become so good at the music format that it had almost crafted this perfect [scheduling] clock,” he said. “That has got us this far, but it won’t get us to the next stage in the marketplace. Some commercial radio had almost become streaming for lazy people, but Bauer has the desire to be more than just the playlist, to look for opportunities where you can develop that story with an artist. Hopefully what I can bring is that creative ambition to think bigger. Why can’t we compete with James Corden or Saturday Night Live for creative ideas online?”

Highlighting Bauer’s strength across both catalogue and new music, Cooper was bullish about the competition from DSPs. “Now I’m on the commercial side of the fence, there is an interesting question to ask about whether or not you could do something that could be seen as quite disruptive: actually working with some of the streaming services,” he said. “We are audio experts at Bauer, we are brilliant at creating radio stations and music formats and they’ve got a really big platform over there. Is there something we could do that would be clever together?”

Citing the example of “what Zane [Lowe] has tried to do with Beats and Apple Music” Cooper suggested that he sees synergy between the two formats. “With the BBC, it was very much, ‘No, we see them as competition’,” he said. “Whereas in commercial, we’re all trying to get ears, so is there a chance to work together?”

The exec used his Music Week sit-down to send a clear message to the music industry.

“I would ask for the help of the music industry,” he said. “Trust us, we want to get better, we want to be the best at coming up with creative ideas for your artists and giving them the exposure that you want. Bauer’s got 20 million listeners in the UK and 26 million across Europe, so what could we do with one of your returning artists?”

Finally, he sent well wishes to his former home, which has seen a raft of changes since his departure, under new pop controller Lorna Clarke.