'If you want to break a song, you go on the X Factor': Louis Walsh on TV's biggest music show 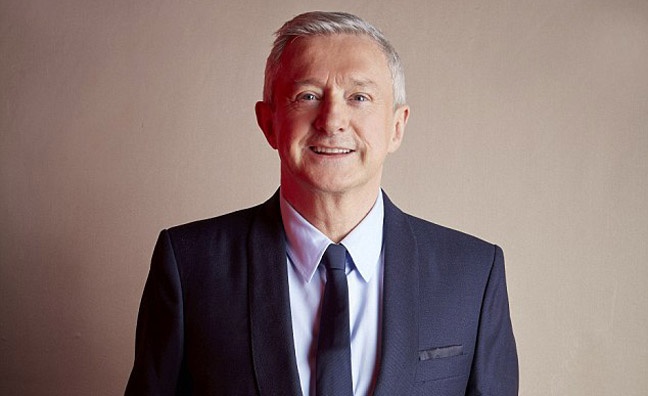 In the latest issue of Music Week, we go behind the scenes of the X Factor and talk exclusively to Simon Cowell, fellow judge Louis Walsh, plus Syco MD Tyler Brown and Simon Gavin, the label’s global head of music.

In the interview, Walsh declared the show "the best platform in the world" for talented artists. The Irish music mogul, former manager of Boyzone and Westlife, has been a judge for all but the 2015 series of the programme. He mentored 2005 winner Shayne Ward and went on to manage the singer, as well as X Factor contestants Jedward and Union J.

"It's the best platform for somebody with talent anywhere, because people watch it all over the world," he told Music Week. "You have to be in it to realise how big it is. It's a soap opera, reality show, talent show - it's a little bit of everything. People watch for Simon and the judges but the talent wins at the end of the day - if they're good.

"We can look at One Direction, Olly Murs and all those people, but I remember G4 from year two and they sold so much music. You've got Cher Lloyd... If you put them on a list you think, 'Wow, no other show has done that - especially The Voice!'

“It’s not just the winners - look at Jedward. They made £5 million. I know, because I got it for them. It’s a great platform for people like that. You don’t have to win the show; you just have to have a talent. It brings you into everybody’s house and if you’ve got something good, people will love it.”

It's the best platform for somebody with talent anywhere, because people watch it all over the world

Walsh acknowledged that changing TV consumption habits had impacted the show. "I watch Netflix - I watch RuPaul's Drag Race," he laughed. "I do think people are watching TV in a different way. Before, my phone would light up on a Saturday or Sunday night with all these texts.

"Now, people often don't watch until Sunday or Monday. But it's still a huge show and if you want to break a song or a record, you go on The X Factor. The other week we had three songs in the iTunes chart, that's amazing. It's almost like the Top Of The Pops thing where you'd watch Top Of The Pops on the Thursday and buy the song on a Friday."

Walsh hailed the current standard of contestants as "the best it's ever been". "It makes us all excited because we love coming in," he said. "I hang around even though I'm finished because I want to hear the other acts and you don't know what they're going to do. We had a lot of surprises."

He tipped the show, which is contracted to ITV until 2019, to continue "as long as the public want it". "As long as we keep making a good show and love what we do," he added. "And this year has just been a breath of fresh air."