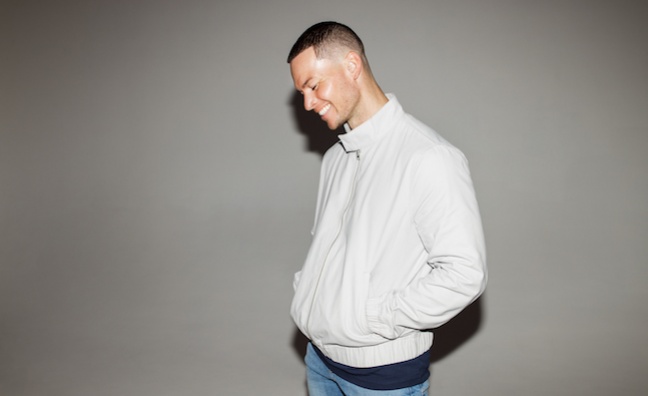 Joel Corry and MNEK have been confirmed to play the launch show of Strictly Come Dancing on Saturday, October 17.

The Atlantic-signed hitmaker and his Head & Heart collaborator will make a rare live performance of the hit. Head & Heart, which peaked at No.1, is the 15th biggest seller of the year to date with total consumption of 773,554 (Official Charts Company).

“We are huge fans of Strictly Come Dancing at Atlantic as it has always worked so well for us in the past, be it with Ed Sheeran on the final a few years back, or Rita Ora and Jess Glynne, who have also both done the launch show in previous years,” said Damian Christian, director of promotions, Atlantic Records UK, & SVP of promotional strategy, Warner Music UK.

“Head & Heart has been the song of 2020, and due to a lack of performance TVs available this year they still haven’t performed it. We are so excited that Strictly is back with live studio guests and that Joel and MNEK are the first booking for their debut performance of this huge hit.”

However, artists and labels are facing the prospect of fewer music performance slots being available across TV channels in the Q4 period because of the coronavirus pandemic’s impact on programming.

Strictly Come Dancing’s 2020 series has fewer episodes and there’s unlikely to be a music act on the Christmas special. The show will also struggle to get access to international artists because of travel restrictions.

In a further blow to the industry, there is no 2020 series of The X Factor, which has been a mainstay of the weekend schedules for live artist performances at the peak of Q4 campaigns. Even before Covid, the series was already set to be rested this year and it is not yet confirmed to return in 2021.

Last year ITV switched to spin-offs The X Factor: The Band and The X Factor: Celebrity, although both struggled in the ratings. Guest performers on the celebrity show included James Arthur, Lizzo, Louis Tomlinson and The Pussycat Dolls.

The Jonathan Ross Show will return to ITV on October 17 with musical guest Billy Ocean.

The Graham Norton Show returned to BBC One at 10.45pm on Friday (October 2) with a performance from Roisin Murphy and a remote appearance by Dolly Parton. Miley Cyrus is set to perform on the show this Friday (October 9).

Other potential TV opportunities include Later… With Jools Holland, as well as weekend series Sunday Brunch on Channel 4. Later... has returned for a new series featuring Declan McKenna in the studio for a socially distanced solo performance, as well as London Grammar filmed at Bush Hall.

Little Mix: The Search on BBC One struggled in the ratings on Saturday with under two million viewers.