Can Kylie Minogue crack the US with her Disco album? 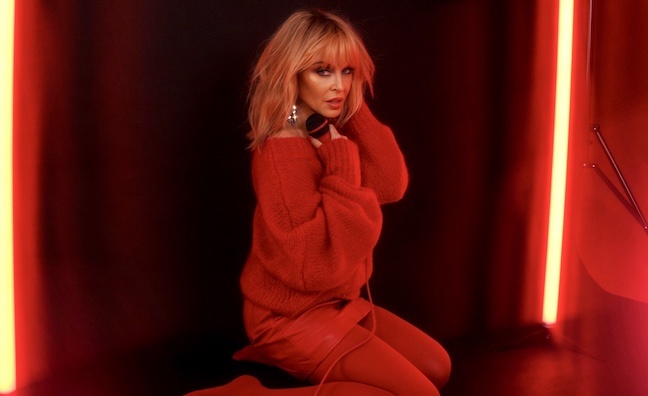 BMG UK boss Alistair Norbury has told Music Week that the Kylie Minogue campaign for new album Disco has so far been a “perfect storm”, based on its early international success.

Following her signing to BMG, the label scored a No.1 album with Golden in 2018, her first chart-topper since 2010. Golden has 156,423 sales to date (including 22,726 from streams), according to the Official Charts Company.

BMG and Minogue repeated the chart feat last year with Step Back In Time – The Definitive Collection (released in partnership with Rhino), which has sales of 124,479 (30,732 from streams). So hopes are high for her 15th studio album, Disco, released on November 6.

“We’re having a fantastic time with Kylie,” said Norbury, BMG UK president, repertoire and marketing. “We’re 100% ahead of where we were [at this stage] on Golden already. That’s on every metric: streaming, social media, Amazon pre-orders, D2C pre-orders, video views. And what's very exciting is the US response, which is the biggest response since the heyday, and there’s already lots of interest at US radio.”

Lead single Say Something has achieved new career peaks for Minogue in the US. Earlier this month, it opened at No.19 in Hot Dance/Electronic Songs and No.3 in Dance/Electronic Digital Song Sales.

“What we’ve achieved on Kylie is that perfect storm, where we're currently setting up to sell more records than last time without the cost of promotion, because she's not going anywhere,” he told Music Week.

“When we launched the Golden album, we were all in Soho House in Berlin with Kylie and Hartwig [Masuch, BMG CEO] and it got off to a great start. But this time, she launched the album from her house. So, while you will see some very exciting, big promo things coming, they're going to be much more focused.”

Norbury suggested it was an opportunity for labels to reassess the scale of promo plots for global artists.

“I'm hoping that there's a re-education of how we will promote moving forward,” he said. “Yes, we will still do big things, but we don't necessarily need to zoom around the world and do TV in every country and everything that's offered.”