'It's the best A&R process in the world': Simon Cowell on the future of The X Factor 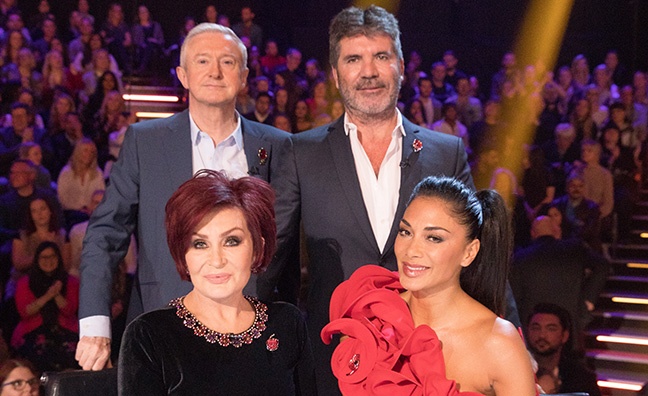 Simon Cowell has backed The X Factor to thrive long into the future - as long as it keeps uncovering genuine talent.

While ratings have dipped below 5 million for its current series, it remains one of the most watched programmes on ITV 1 and is contracted to the channel until 2019.

Acts discovered through the show - including Harry Styles, Little Mix, Olly Murs, JLS, Leona Lewis, Zayn Malik, Alexandra Burke and James Arthur - have scored 44 domestic No.1 singles and 25 No.1 albums, and sold more than 300m records worldwide since its first series in 2004.

"I remember the year Leona Lewis came on [2006] and when she did Summertime on the live show it was one of the best performances I've ever heard," said Cowell, speaking in a rare and exclusive interview in the latest issue of Music Week. "If we can still find people like that - and the same goes with Got Talent as well - then we've got a long future. It's only when you don't put enough attention into the contestants that I think we have a problem."

On the dynamic between The X Factor and Syco, Cowell's joint venture with Sony, he said: "For the label, it's great. If you can break an artist off the show, it's the best A&R process in the world."

The X Factor has undergone a number of format changes this year. The show's climactic elimination sing-off has been replaced by a "Prize Fight" contest between the two contestants with the most votes from the public - the act with the lowest number of votes now exits automatically.

Also gone are the novelty acts: the likes of Honey G, Jedward, Wagner and Chico have been shipped out in favour of more traditional talent, with contestants encouraged to perform their original compositions.

"When you're making the show you can sometimes think too much about being a television producer. You try and tick every box and then it becomes a bit formulaic," said Cowell. "So you end up with a novelty act in the final and therefore, by putting a novelty act through, somebody else didn't get a chance and I didn't feel comfortable with that."

Cowell pointed out that iTunes has become an invaluable tool in gauging the show's success. Rak-Su, the current favourites to win the 2017 series, have achieved two No.1s on iTunes with self-penned tracks in recent weeks, with fellow frontrunner Grace Davies also making the Top 3.

"iTunes is really important to us. It’s the best market research you could ever have, because it’s so brutal," said Cowell. "Streaming takes a lot of time; iTunes is instant. It’s a very quick snapshot of how badly or how well you’re doing, so I love it.”