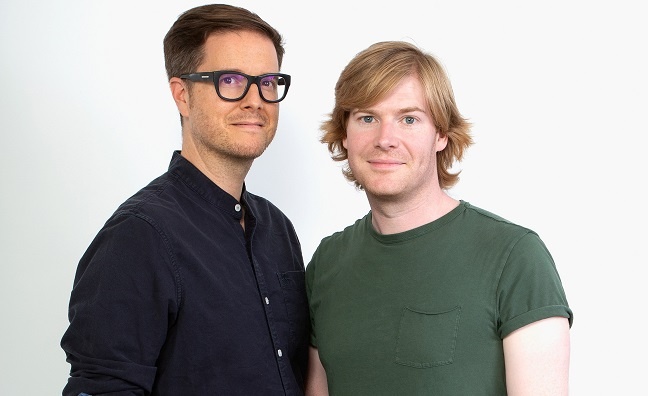 The media landscape may be in a state of constant flux. But Richard Dawes and Stuart Bell, co-founders of publicity agency DawBell, have warned the music industry that social media alone is not enough to build successful PR campaigns.

DawBell is celebrating its 10th birthday this year, with Dawes and Bell giving an ultra-rare interview to this week’s print edition of Music Week, available now.

Over their decade in existence, the music media has seen almost as much upheaval as the music business, with the rise of Twitter, Facebook, Instagram and Snapchat, and the demise of renowned print brands such as NME (which continues to thrive online). But while the PR duo have led the way in incorporating online PR, social media, influencers and podcasting into campaigns, they also stress the continued importance of more traditional media brands.

“As we’ve seen numbers across the board shrink, it makes the ones that are still around more potent,” Dawes (pictured left) told Music Week. “You’ve got people who say, ‘We’ve got x million followers on Facebook or Instagram, why shouldn’t we just put something out on there?’ But if you’ve got GQ or NME or Q or Music Week saying, ‘This is great’, you’re cutting through the noise of fan-sharing, and you’ve got some critical acclaim.”

“The beauty of magazine covers is still that presence within newsagents and supermarkets and being seen,” added Bell (pictured right). “In terms of awareness it’s still irreplaceable. PR is still the same because we’ve still got to tell the story and navigate how it’s told, but the medium is more important.”

DawBell is the UK’s largest music PR agency, with 30 staff and over 70 clients, ranging from new artists such as L Devine and St Agnes to superstars such as Elton John, Take That and Paul McCartney. It has also expanded into repping brands and entertainment clients, including James Corden and Holly Willoughby. But despite their clients’ huge reach on social media accounts, Dawes said you need to do more than preach to the converted to maximise results.

“On social media, you’re talking in a vacuum, that’s the problem,” he said. “The people we represent have millions and millions of followers, but they still see the importance of doing media, because they have to get to another audience.”

DawBell has thrived despite the upheaval, and Bell pledged the agency will always stay one step ahead of new developments as it moves into its second decade.

“It’s the changes that keep it exciting,” he said. “If the passion’s there, you’re OK. The PRs that have survived are those ones who are really passionate about what they do.”