Meet the 2021 Women In Music Roll Of Honour: MJ Olaore 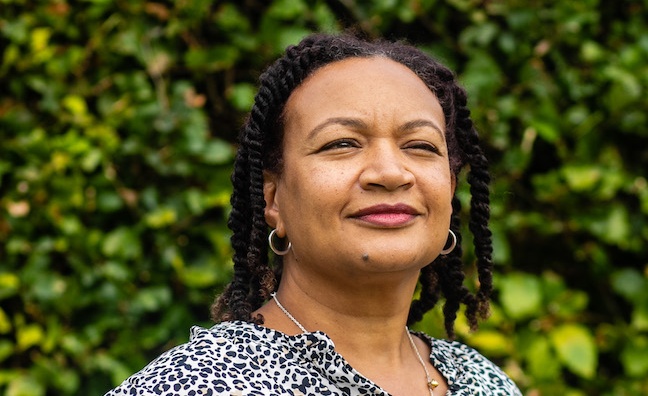 In the run-up to the ceremony at the Park Lane Hilton on October 22, here's a chance to learn more about this year's Roll Of Honour inductees. Today, we're introducing MJ Olaore...

MJ is the chief operating officer of the BPI, the trade body for the recorded music industry championing the interests of more than 500 independent music companies, and the UK’s major record companies: Universal Music UK, Sony Music UK, and Warner Music UK.

As BPI COO, MJ serves as a BPI council board member and is responsible for the BPI’s day to day operational and commercial management, HR matters, and financial affairs. Her responsibilities also extend to managing multiple aspects of BPI events and charities including The BRIT Awards, Mercury Prize, and The BRIT Trust.  MJ leads on the BPI’s work to promote Diversity, Equity, and Inclusion (DEI), which involves representing BPI on UK Music’s Diversity Taskforce and overseeing a BPI & BRIT Awards study that looks into the impact of gender on a career as a recording artist in the UK. MJ is also spearheading the BPI’s drive towards embracing sustainability and carbon footprint reduction.

This November, MJ will have been at BPI for five years, joining from her previous role as chief operating officer at the leading independent market research company Firefish. During her time at Firefish, MJ was instrumental in managing the growth of the company from a single entity to a seven-company group, setting up operations in the USA, Singapore, and the Netherlands, to add to the UK base.

MJ grew up in Nigeria and Scotland, studied Law at Liverpool University, and then joined Price Waterhouse in London qualifying as an ACA. After her time with PWC, including a period working in their Singapore office, MJ joined Independent Television News, her first foray into the media and entertainment sector which has shaped her career ever since. From ITN, MJ moved to LBC radio, in which ITN was a major shareholder, expanding her initial finance role to become station director, overseeing the broadcasting and advertising sales contracts with its major shareholders. MJ’s next media position was at Virgin Radio where she further added to her remit with IT and broadcast engineering, strategy and research, legal, and facilities, as director of finance and operations.