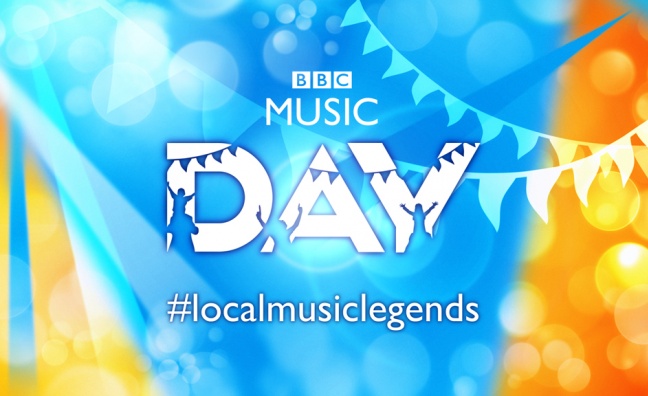 BBC Local Radio, the BBC Asian Network and the British Plaque Trust have announced 47 new blue plaques to commemorate people or places that have influenced the musical landscape across the country.

The initiative is part of BBC Music Day on Thursday (June 15), a UK-wide annual celebration of music that aims to unite communities and generations through their love of music.

Those honoured with a Blue Plaque include David Bowie, broadcaster John Peel, the Grimethorpe Colliery Band and Delia Derbyshire, who composed the Dr Who theme tune.

“It is hugely prestigious to receive a British Plaque Trust Blue Plaque, usually only around two are awarded each year," said David Holdsworth, controller of BBC English Regions. "To mark BBC Music Day across BBC Local Radio with 47 blue plaques is a fitting way to commemorate our listeners’ passion and pride for where they live and to celebrate our musical heritage.”

Bowie is the only artist to receive two plaques to be unveiled tomorrow, one in London and one in Kent. His backing band, The Spiders from Mars, comprising Mick Ronson, Trevor Bolder and Mick "Woody" Woodmansey, David Bowie’s backing group in 1970s, will also be honoured by BBC Radio Humberside with a plaque at Hull Paragon Station.

Places getting a plaque include the Brighton venue where Abba won the Eurovision Song Contest, the Fox and Hounds in Caversham where Lennon and McCartney played their only gig as The Nerk Twins, the flat where Factory Records was founded, and the hall in Fleetwood where Alfie Boe gave his first public performance.

The final list, covering a wide range of musical genres from pop, to rock, folk and classical, was whittled down from BBC Local Radio listeners’ suggestions as well as those from a committee made up of music industry experts and BBC representatives. The majority of plaques will be unveiled tomorrow in ceremonies broadcast on BBC Local Radio stations. The unveilings, will, in many cases be done by former band members, current musicians or family members of those honoured.

BBC Asian Network and the British Plaque Trust have also awarded three blue plaques to commemorate people or places from the past that made a significant impact on the wider musical landscape. Asian Network DJs Bobby Friction and Dipps Bhamrah formed part of an advisory panel to select the first British Asian artists ever to be honoured as part of the scheme.

Nusrat Fateh Ali Khan will be commemorated with a plaque in Birmingham around the 20th anniversary of his death on 16 August, while two further plaques will be installed in East London in honour of Haroon Shamsher (founder of pioneering collective Joi) and Saifullah ‘Sam’ Zaman (aka State Of Bengal).

The full list of blue plaques is as follows:

1. BBC Radio Berkshire – John Lennon and Paul McCartney, who played their only gig as The Nerk Twins at the Fox and Hounds in Caversham.

8. BBC Radio Devon – Sidmouth Folk Festival, the internationally-renowned festival, an annual celebration of folk music, dance and song held, was founded in the town in 1955.

10. BBC Radio Gloucestershire – John Entwistle, founder member and bass player with The Who.

11. BBC Radio Guernsey – Domenico Eusanio Santagelo, composed the music for the Island’s anthem Sarnia Cherie, (Dear Guernsey) in 1911 and was founder member of the Guernsey Music Society in 1920.

14. BBC Radio Jersey – John Lobb and Family Their choirs, notably the Jersey Festival Choir, have performed on the Island for over 60 years.

16. BBC Radio Lancashire – Alfie Boe, internationally-acclaimed operatic tenor gave his first public performance at the Marine Hall in Fleetwood in 1987 at the age of 14.

22. BBC Radio London – Emile Ford, singer, producer and sound scientist was the first black British male artist to have a No1 hit and a million-seller.

24. BBC Radio Merseyside – Eric’s (1976-1980), where Deaf School, Talking Heads, The Clash, The Police, Ramones, Echo and the Bunnymen and Wah Heat all performed.

25. BBC Newcastle – Mayfair Ballroom site 1961-1999, where the band that became Led Zeppelin made their UK debut.

32. BBC Radio Solent – Harbour Lights, inspired by the sea view in 1937, Jimmy Kennedy songwriter wrote the song that’s been recorded by Elvis Presley, Bing Crosby, The Platters and over 100 other artists.

33. BBC Radio Somerset – Cecil Sharp, who collected and saved thousands of British folk songs – including Blow Away the Morning Dew and Banks of Green Willow.

39. BBC Three Counties Radio – The Control Room, one of seven venues in Bedford used by the BBC for the Somewhere in Britain broadcasts during WW2.

41. BBC Three Counties Radio – Watford Colosseum, built in 1938 the soundtracks for films including The Sound of Music and Lord of the Rings.  (unveiled later in June).

42. BBC Radio Wiltshire – Buddy Holly & the Crickets played at the Gaumont in Salisbury in 1958.

44. BBC Radio York – Brawby Village Hall, the home of The Shed, where artists from around the world performed.