Playing with Fyre: Seven takeaways from the new Netflix documentary 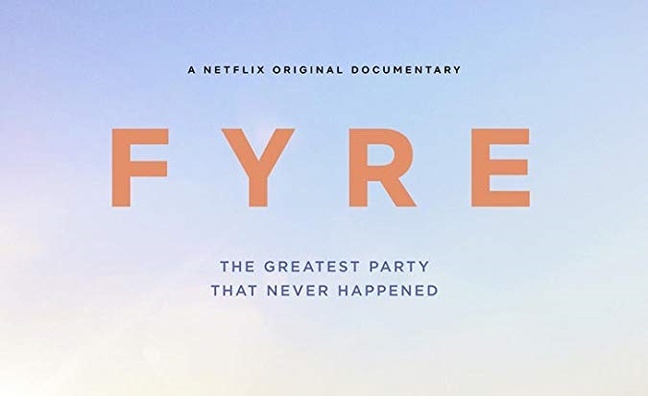 Just weeks after the glorious Bros: After The Screaming Stops arrived to enrich our lives, a music documentary has once again found itself the talk of the business.

Netflix' Fyre: The Greatest Party That Never Happened revisits the tumultuous tale of the disastrous Fyre Festival through the eyes of those who were there (a separate doc, Fyre Fraud, was released four days earlier on Hulu).

Set to take place in the Bahamas in April/May 2017, the luxury event was billed as the "cultural experience of the decade", promising "the best in food, art, music and adventure" on a remote and private island once owned by Colombian drug lord Pablo Escobar.

Fyre, which had acts including Blink-182, Disclosure, Skepta and Major Lazer lined up to perform, was launched with a single Instagram post by Kendall Jenner (reputedly paid $250,000 for her efforts) and a sleek promotional video starring 10 of the world's top supermodels.

Tickets and accommodation sold out despite costing up to $75,000 (£57,000). But the festival went on to spectacularly prove the old adage that if something seems too good to be true, it probably is.

Fyre was postponed shortly before it was due to begin in the midst of organisational chaos, empty promises, rain-sodden tents and one miserable-looking cheese sandwich. The subsequent fallout landed co-founder Billy McFarland in prison and ordered to pay $26 million (£20m) to defrauded investors.

Still, it made for one hell of a story. Here are Music Week's takeaways from the revelatory 97-minute film...

Ignoring the sensible option of turning to a tried-and-tested hand, McFarland placed 23-year-old novice Samuel Krost in charge of putting together the Fyre line-up. Krost, who had no previous booking experience, admitted to "grossly overpaying" for acts such as Major Lazer and running up a bill of around $4m on talent alone. Not the best start.

Sale of the century

Shifting the tickets wasn't a problem. Within 48 hours, 95% of the 5,000 tickets had been sold by organisers. "As a first time festival producer to sell out your music festival, it's a huge accomplishment," said event consultant Marc Weinstein. Shame about the product.

"We are selling a pipe dream to your average loser," a grinning McFarland is captured saying shortly after the start of the doc. For once, he was telling the truth.

While McFarland was jailed for fraud, the disgraced entrepreneur's Fyre Festival co-founder Ja Rule has not faced any criminal charges. In response to the documentary – which shows the rapper insisting the festival was "not fraud" but "false advertising, maybe" – Ja Rule claimed he was also a victim, tweeting: "I too was hustled, scammed, bamboozled, hood winked, lead astray!!!"

Event producer Andy King has become a living, breathing meme since providing the film's most talked-about moment. King shockingly revealed that McFarland asked him to "take one big thing for the team" when tasked with securing the release of $175,000-worth of Evian water from the island's head of customs. Thankfully, it didn't (ahem) come to that.

Only happy when it rains

Despite a year’s worth of planning being crammed into a few weeks, as show time drew close it looked increasingly like Fyre, by hook or by crook, might actually go ahead. Then the heavens opened, leaving a desperate last-ditch bid to finish the site in tatters. "It starts pouring rain, thunder and lightning, and we just start laughing," recalled Weinstein. "I remember one of our group saying, 'At least they won't get away with it now'." Just goes to show that no outdoor event is immune to the elements, no matter how overpriced.

Though many of the characters involved in Fyre... evoked little sympathy, a rare exception was caterer Maryann Rolle, who recalled dipping into her personal savings to the tune of $50,000 to reimburse staff left unpaid by the festival. Other locals who worked around the clock to salvage the doomed event were also left out of pocket. A GoFundMe page set up for Rolle since the documentary premiered has topped $186,000 in donations, so some good may yet come out of the debacle.