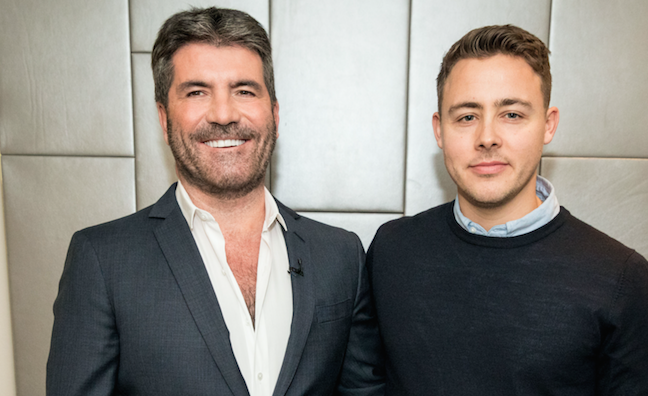 Syco MD Tyler Brown believes that any stigma around artists discovered through The X Factor has long been consigned to the past.

Brown, whose label was named Record Company Of The Year at the 2017 Music Week Awards, pointed to the likes of Camila Cabello, One Direction, Little Mix, James Arthur, Olly Murs and Ella Henderson, who all received their break on the show, as evidence of the format's credibility.

"We like to be as close as we can be to the show and the process because we've had such great track record of success with the artists that come from [The X Factor]," Brown told Music Week. "James Arthur has been touted as potentially getting a Grammy nomination; Camila Cabello has one of the biggest singles in the world and Ella Henderson has written her next album, which is an amazing singer/songwriter's record. And look at what Harry Styles is doing at the moment - Sign Of The Times is a really forward-thinking, left of centre, cool, indie record."

He added: "We’ve broken that [stigma] down. Maybe that was the case when The X Factor first started, when people were still getting their heads around it, but I think the artists are always taken seriously now - as long as we make the right record. If we go to market with a turkey, they're not going to support it; if we go to market with a hit, they're going to support it. Everyone wants to be connected to hits."

Brown (pictured right, with Simon Cowell) rose through the Syco ranks after joining the company, Cowell's joint venture with Sony, as an A&R assistant in 2008, and went on to A&R all of One Direction's records. He was promoted to MD in late 2016, replacing Sonny Takhar, who left the company to start a joint venture with Live Nation in Los Angeles.

Brown stressed that The X Factor was still the No.1 platform for music on TV. "What else is there?," he said. "When you look at the track record of the contestants that come from the show, it's quite remarkable. The Voice have never broken an artist, to my knowledge and I guess that's the closest competitor.

"If you look at the US X Factor, that discovered Fifth Harmony and now Camila Cabello's is No.1 in the UK. For me, it's like the best talent scouting in the world."

In the latest issue of Music Week, we go behind the scenes of the X Factor and talk exclusively to Cowell, fellow judge Louis Walsh, plus Syco's Brown and Simon Gavin, the label’s global head of music.