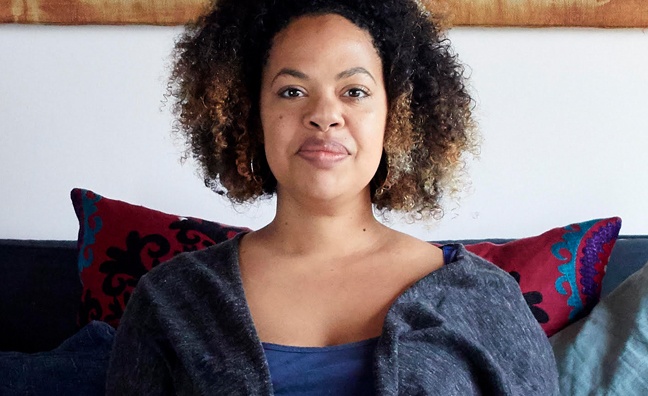 Music Week is teaming up with YouTube for the Women In Music Awards in October – Black History Month – with our second content offering and webinar event, The Legacy Series – Gifted And Black: Women In Music. Here, Music Week’s Adenike Adenitire meets Laura Lewis-Paul, founder and CEO of Saffron – a company building its legacy by taking an intersectional approach to redressing the gender imbalance in music tech.

Across her 10 years in the creative and music industries, Laura Lewis-Paul has focused her work in and around building communities for underrepresented groups. The growth, experience and persistence in this area exemplifies her want for social justice and change in the music tech industry, with a specific focus on gender and race.

Lewis-Paul launched Saffron in 2015 as a non-profit organisation, initially serving solely as a record label. The company has since gained an international reputation for leading the way for thousands of women, non-binary and trans people in music production, sound engineering and DJing. And this work is much needed. The music tech industry has a staggeringly low percentage of women, comprising just 5% in music tech overall, 2.6% of producers are women and less than 1% are 'women of colour'. There are no official stats available for trans and non-binary people.

Here, Lewis-Paul discusses how Saffron is challenging the current music tech landscape to make a future industry that is inclusive and diverse…

Firstly, congratulations on your AIM Awards nomination. How did it feel to be recognised in the music entrepreneur category?
“It's really great because it's something that I've often kept my eye on and it's where you go to find people who are doing really well in their field or, you know, artists and creatives as well. So it felt really good to be nominated, but it was also a bit of a shock. I feel like I'm just doing what I'm doing and then to be recognised for everyone to see, that just feels a bit like… It makes me feel a bit shy actually (laughs).”

Saffron Music is a music tech initiative tackling gender imbalance – how is the campaign progressing?
“We've been running for seven years now, so I think in terms of how it's progressing, we've got that real stability of our core pillars. And we really looked at our education, our community, and our impact. I would say during the pandemic we've grown massively, but not in a way that's too fast, but in quite a steady way. We're based in Bristol, but we’ve been able to take our education into different cities. Now we’re also in London, Birmingham, and Nottingham. We also understand that it's not one size fits all, so it's interesting for us to go to different cities and see their specific needs and adapt to what they're doing in those places.”

What immediate measures would you like to see put in place?
“I think it’s about long-term impact if I'm honest, because I see a lot of companies doing things short-term, like, they'll be putting on events or other things, but they're not thinking about the aftercare of the people in the community. But, I think one of the things we love to do here is to look at the journey of the community we're working with and how they can best progress.”

You were selected as an Industry Professional in the first year of the YouTube-supported Power Up initiative – how is this initiative helping to transform the industry? How did you benefit from the support?
“Power Up is so important because, again, it's about the community, and that uplift and peer support. It was great to be recognised, but also being in a room with all those other Black creatives, it's not something I've ever felt before, especially being in Bristol and being more removed from the music industry. But having that space for all of those creatives to come together and hear all of those voices that don't always get heard was very special and adds a sort of legacy because of all the connections made within that space. We're still all in contact and regularly offer things to one another, and that enables people to progress.”

You also do lots of work in artist development. What is the one issue relating to the way we bring through and nurture new talent that needs addressing the most?
“Again, it's the aftercare. It's a very fast-paced industry and I think people aren't often thinking about the individual person. It's not very person-centred. So I think that needs to come back so that you can actually invest in the artists and develop artists.”

Of course it's great to focus on the positive side of what you do, but what has been the biggest frustration you've faced this year? How did you handle it?
“I don't generally get that frustrated. If there's a problem with something I love to be able to solve it. That's it. That feels quite exciting for me. I was talking to someone the other day about the fact that there is probably a frustration about having a seat at the table, and there's never that seat at the table for me. But my way of working is if someone's not going to let me at that table I'm just going to set up my own table, and people can come and get involved with that. And, if those people don't want to be involved, then cool. But I think that mentality is how I overcome those frustrations.”

My way of working is if someone's not going to let me at that table, I'm just going to set up my own table

Earlier this year, Music Week ran a piece on Shauni Caballero's new Mothers In Music project. As a mother yourself, is there anything you'd like the industry to do differently?
“How [our] company runs is not how the traditional music industry runs. We're very supportive of mothers here. We have flexible working and we are literally considering, all the time, the differences for all groups, not just for mothers. We also consider menopause, gender reassignment, so all of those will come into our policies and our culture and how we can make that change for our staff. For me personally, as a mother, I haven’t been affected in the same way, but that's not to say I don't recognise the ways in which it has affected many other women in the industry. I also think there's lack of paternity leave, which then means women are having to take time off. There's that opportunity for their male peers to be able to thrive in the workplace, while women don't get considered for those roles because it’s feared that they won't be able to commit, or they're going to have to do the school run or whatever. There's a lot of barriers for mothers in the industry.”

Finally, as 2022 draws to a close, what are you planning for Saffron in 2023?
“Well, for me, at the end of this week, I'm going on maternity leave for baby number two. So that's my next steps. But for the company, I think we're actually very much invested in what we have in place right now. We have had growth from the pandemic, we've got our online offering, we've got our education, and we've grown into different cities. Now it's really about the investment in our staff and investment in the programmes that we already have up and running. It's quite a steady, steady period for Saffron.”