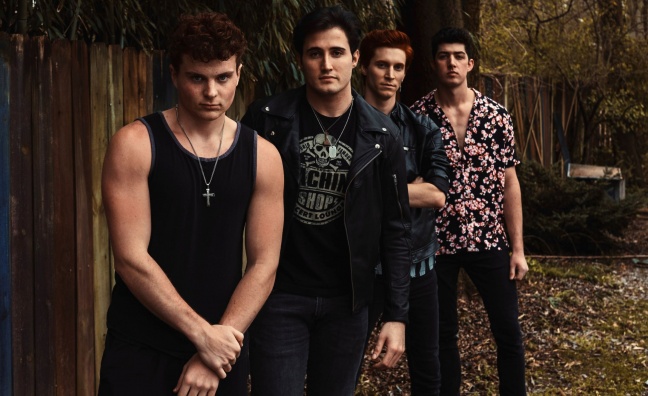 Collide is the new club stomping pop anthem from hotly tipped boy band 5WEST. The band have already accrued a diehard fan base who scream their names at live shows and their social media accounts are now boasting tens of thousands of followers. 5WEST are known for catchy pop songs with big harmonies. “Collide was a wild track to record. I’ve always struggled with relationships because I’m ‘too this’ or ‘too that’ and Collide is about being with the person who accepts you for who you are, no matter what, and seeing what two different lives can create when they collide.” Peet (5WEST). The track was produced by Grammy nominated Bryan Todd and features remixes by Redondo and The Wideboys.

The US 4-piece (Caleb Duke, Owen Pastore, Jon Paul Nesheiwat and Peet Montzingo) took the world by storm last year when they performed at Gran Canaria Pride, The President’s Ball in Cape Town and supported Boyzone on their UK tour.  Their 2019 debut single Stars About You went straight into the top 30 of the Billboard charts and the top 10 of the Music Week charts. They are now signed to the world’s leading live agency Martial Arts (P!NK, Sir Paul McCartney, Elton John) and have a 2020 tour lined up.