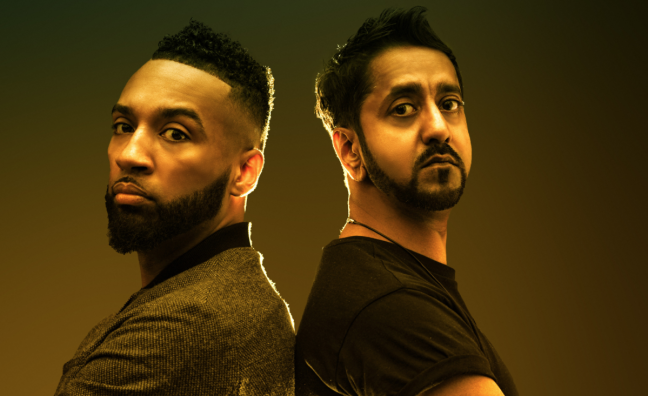 Tears of Happiness officially relaunch their high-energy single ‘Close To You’ on Friday 3rd April  after much anticipation. Due to the song being picked up by Nike™ andplaylisted throughout their London stores, which is a huge stamp of approval by one of the world's leading brands. Although this isn’t their only accolade, with their last single ‘Lift Me Up’ reaching number 12 in Luxembourg’s Official Spotify charts gaining over 100,000 streams in just a few weeks. Not to mention, two top 10 hits in Music Week’s Commercial Pop Club charts. It is evident that Tears Of Happiness are making waves across London’s electronic dance pop community. They have been described by Paul Moody as “the beautiful bast**d child of Calvin Harris and Depeche Mode”

‘Close To You’, mastered by Jeff Pesche (Abbey Road Studios) explores the pain and anguish of losing a loved one and the regret of not cherishing the time you spent with them, leaving you yearning to be close to them once more. The track is  based on the experience of Tears of Happiness lyricist and singer Me’da who tragically lost his best friend and co-writer at the time  due to mental illness almost a decade ago. This left Me’da  profoundly effected to the point that he gave up on music entirely, descending into a dark place . Now back and using music as an outlet to work through the trauma of losing his friend. Me’da is now ready to share his innermost feelings of heartache, shock and regret through the ‘Tears of Happiness’ project.  A feeling that is sadly all too familiar and relatable to people up and down the country as the tragedy that is suicide is currently on the rise with an 11.8% increase in the UK from the years of 2017 - 2018 (ONS) and is the single biggest killer of Men under 45 in the UK and the cause of 18 deaths every day (CALM).

“The name (Tears of Happiness) describes the euphoric journey one takes from a dark place to a much better place. The entire project is essentially about remaining positive even in the dark times”says Me’da. In essence the  project aims to bring someone from tears into happiness by juxtapositioning hard hitting upbeat dance pop music with well thought out, relatable and often emotional  lyrics.

Drawing inspiration from artists like Rudimental, James Newman, Calvin Harris and Sigala, the collective produces upbeat electronic dance tunes which simultaneously pull on the heartstrings. No stranger to the limelight, producer L Camz comes from a previous music career as part of Twin Camz, an acclaimed Hip Hop outfit who previously supported Ja Rule and Kanye West. Likewise Me’da worked as a songwriter at a successful House label, who’s main producer has since worked with Labyrinth, Tinie Tempah and Jess Glynne.

Single: Close To You