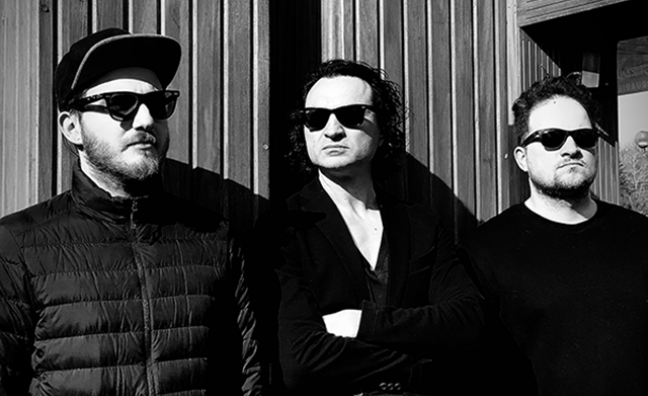 ‘Falling’ is the new single and first offering to UK audiences from the well-known pop-rock Romanian band PUBLIKA, described as Keane meet Depeche Mode, due for release on Friday 31st July.

John Ruscior, the lead singer of the band, is behind the slick production of the track and the haunting vocals.

John says ‘‘When I wrote "Falling", I had a kind of a breakdown due to a state of mind which was making me feel unsuitable to love and find myself. I believe that each of us can lose their way at some point, and depending on how strong you are inside, you can still rise! I did it by falling in love again!’’.

With a career spanning 12 years, PUBLIKA have earned general acclaim in the Romanian music scene. They have released two albums so far with more than 2000 live performances and TV appearances on the biggest shows in their country. Publika has worked with multiple labels like Cat Music (Sony Music), Media Pro Music (Universal Music Group) and Roton Music (Warner Music). In 2010, their single Yesterday was nominated for Best Pop-Rock act and in 2011, their single Cazut din nori was also nominated by MTV Romania for the Best Rock Video. PUBLIKA received another nomination at Romanian Music Awards for the Best Rock Band (2017). They have performed in some of the biggest festivals in Romania including, Jack Daniel's Experience/ Studio No7 Festival. In 2012, 2017 their national tours were sponsored by Guinness,Tuborg & Carlsberg with PUBLIKA being recognised as the best pop-rock band with the best live sound.

Influenced byKeane, Muse, Depeche Modeand the all-time classic bands like Pink Floyd and Simple Minds,PUBLIKAare ready to take the world by storm withtheir catchiest single ever, promising to be another radio and live success.

For their fans, PUBLIKA are also fashion, style and attitude besides music. ‘Falling’ is the first of many releases planned in 2020. Keep checking their socials for more details.