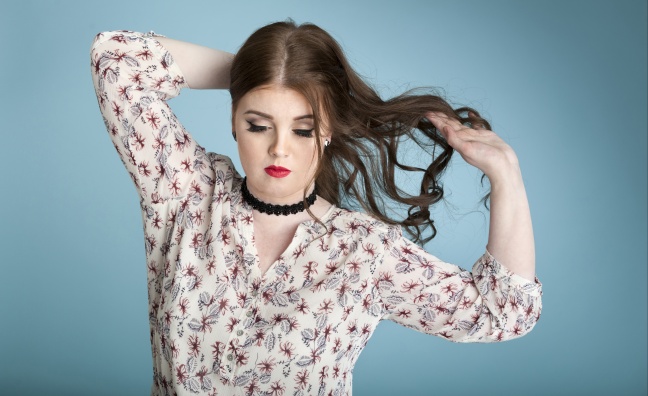 Line Mari was born in Tromsø, also living for some time in Svalbard, one of the most Northernly inhabited places in the world. As a child, she grew up regularly witnessing the beauty of the Northern Lights, as well as once having a close encounter with a polar bear whilst at Kindergarten.

Releasing her debut EP Fly High Fly Low in 2014, Line has already gained recognition in Norway, her EP receiving acclaim from critics including a top score of 6 from Utropia. Her single ‘Why do I Cry’ was even played on national radio.

Her debut album was released worldwide on Friday 4th November 2016, after being approached by major music producer Rob Cass. He saw her potential and invited her over to the legendary Abbey Road Studios where she began working on her debut album, with the help of cutting edge producer Pearse MacIntyre. Bursting with fresh young vibes ’21 Days’ demonstrates Line Mari’s powerful and distinctive vocals whilst still having a rock infused edge.

The album cover itself is really special. Exclusively for the first edition, a small amount of real gold has been pressed into the 21 Days logo. The portrait of Line Mari on the cover is the work of upcoming German artist, Pixie Cold, who got involved simply because she loved the music. On the backside of the CD she has painted Line’s guitar – a special Gibson Custom Shop ES-339, named Mari.

Critically acclaimed previous singles ‘Crush’ and ‘Haters’ from the upcoming album were mastered by studio engineer Christian Wright who has worked alongside some of the biggest names in the pop and rock industry including Ed Sheeran, Keane, Eliza Doolittle and Blur.