Music Biz Convention 2016 in Nashville to focus on data issues 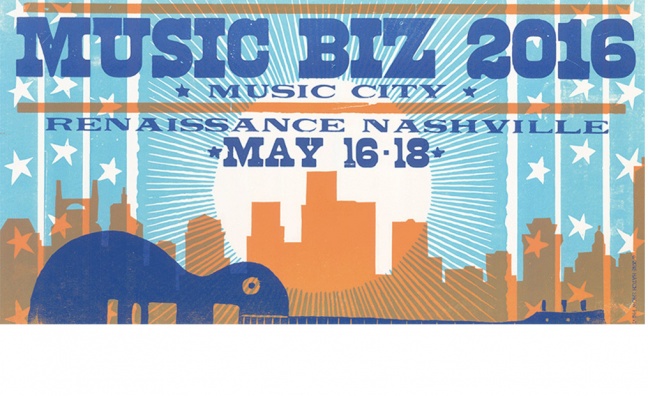 Data and metada issues will feature high on the agenda of the Music Biz 2016 convention, held May 16-18 at the Renaissance Nashville Hotel, which will gather several thousand industry representatives from retail, digital distribution, labels, publishers as well as researchers and experts.

It is the second year in a row that the Music Business Association (known as Music Biz) hosts its annual convention in Nashville, one of America's foremost music capitals. The Music Biz conventions have traditionally been the forum to discuss the future of music retail (especially when it was known as NARM) and with the changes in the way music is accessed and distributed, the conference has gained a strong digital flavour.

"It is simply the best and biggest music industry conference in the US, the world's largest music market," Larry Miller, Director of the Music Business Program at NYU Steinhardt tells Music Week. Miller is moderating the session "Investor Chart: Proof of Idea Required" on May 16. "The move to Nashville was brilliant. MusicBiz has become a must-attend conference for top professionals and aspirants alike. The networking opportunities are invaluable, and I appreciate the uniquely serious focus on teaching, sharing and learning in the digital music supply chain."

One of the main focus of the conference is on data, in particular with the return of the popular Metadata Summit to Nashville. “Ever since we launched the Metadata Summit four years ago, we have been impressed by the number of people who have come out to learn more about and contribute their expertise,” said Bill Wilson, Vice President of Digital Strategy and Business Development for Music Biz. “Metadata is the bedrock on which the digital music business is built, and many of the issues facing the business around payment, discovery, and attribution all rely on metadata.”

Chris McMurtry, Founder and CEO of Dart Music, an automated distribution platform built to handle complex music metatada, will take part in two Music Biz panels: "Back To The Drawing Board: New Business Models in Global Metadata" and "Starting Up in Music Tech: The Agony & The Ecstasy." He rates the conference as "my favourite industry event each year" because it brings together the entire music industry in one place and is "very solutions-driven."

"It's where music business happens," he explains. "I feel it's very different from a typical networking event, though, in that everyone is focused on one thing -- moving music forward. With that singular mindset, Music Biz does a great job of providing a platform for open and transparent dialogue. What's even better is that as we discuss we lay the groundwork for and often times arrive at real solutions to problems. All of this can be attributed to the unique and diverse programming of the conference itself -- from covering all facets of the business itself, to deep dives into subjects like Metadata, to an eye on the future by providing a platform for startups."

MusicBiz 2015 will also explore the role data plays in opening up new opportunities for artists online, in-store, and on the road, as well as the changing role of today’s artist managers, through a special Artists, Management & Touring Town Hall. The event will provide in-depth insight on how streaming data can influence touring and unlock doors for artists, and how to harness the power of fan data to maximise tour revenue. It will feature presentations from top executives from Borman Entertainment, CAA, Girlilla Marketing, Mtheory, OnTour with Ticketmaster, Pandora, Spotify, Starstruck Entertainment, Tunespeak, Vector Management, and WME.

“With streaming services growing by leaps and bounds and the touring industry fully embracing the digital age, there is more fan data available now than ever before, which can sometimes be overwhelming for artists and their managers,” said James Donio, President of Music Biz. “We need to view this abundance of data as an opportunity rather than an obstacle, and our Artists, Management & Touring Town Hall is designed to encourage that viewpoint by showing today’s managers exactly how to take advantage of this powerful tool to further their artists’ careers and get the most out of going on the road.”

Music Biz 2016 will also feature the inaugural Brand & Strategic Partnerships Summit on May 17. Co-organised by Jon Vanhala of Crossfade Partners, the Summit will focus on the process of connecting with brands and negotiating deals that are favorable to artists and brands. Keynote speakers at the Brand Expert Activation session are Afdhel Aziz of Absolut Labs and Joe Belliotti of The Coca-Cola Company, two of the most active brands in music and nightlife.

The convention will also be packed with side events, presentations and showcases. Music Biz will present its Chairman’s Award for Sustained Creative Achievement to powerpop band and 2016 Rock and Roll Hall of Fame inductees Cheap Trick on May 18. “The Chairman’s Award honors artists who have consistently remained creative long into their careers, and Cheap Trick is a shining example of that,” said YouTube’s Fred Beteille, Chairman of the Music Biz Board.

The ceremony will also feature the presentation of the Artist of the Year Award to chart-topping Country singing group Little Big Town and Breakthrough Artist Awards to Country act Sam Hunt and up-and-coming Alternative singer/songwriter Halsey. In addition, the Harry Chapin Memorial Humanitarian Award will be presented to the T.J. Martell Foundation in recognition of its four decades of charitable and philanthropic contributions to leukemia, cancer, and AIDS research.

MusicBiz will also celebrate the 20th Anniversary of Redeye, a physical and digital distributor and label services provider, which will receive Music Biz's  Independent Spirit Award. The event will feature a performance from Eli Paperboy Reed with full band and a DJ set from Chris Wilson. In addition, Spotify will presents Anatomy of a Song, which provides a unique perspective from songwriters as they showcase original songs and share the great stories behind their work.

And new Music Biz member Pandora will host for the first time the concert event “Pandora Presents” on the conference's opening night at The Cannery Ballroom, featuring KONGOS and The Strumbellas. “Pandora is one of our newest members, so we are pleased that in their first year as a member they are stepping up to create such an exciting event for attendees,” said Donio. “Artist discovery is a core mission for us, and Music Biz 2016 is the perfect place to demonstrate that. We also throw one hell of a good part,” said Lars Murray of Pandora, SVP of Music Makers Group.

For music industry consultant Geoff Mayfield, a former Universal Music Group and Billboard executive, who has attended every NARM or Music Biz from 1985-2014, the fact that what used to be NARM managed to adjust to market changes and embrace the new digital world is commendable. "More than 20 years," Mayfield recalls, "when there were a lot more retailers and the organisation was more retail focused, I'd would hear some label execs ask in snarky tones, 'Will this be the last NARM?' But, long before it changed its name, the association began changing to meet the needs of the business at large, reflected in its focus and even in the structure of the annual convention. Jim Donio and the board deserve praise for adapting to a quickly evolving business. The industry would lose an important ally and key resources if there was no Music Business Assn."